« Side meetings among senators culminated in last week's compromise on testing reforms (updated) | Main | On Comey firing, Rubio says only that he was 'surprised' » 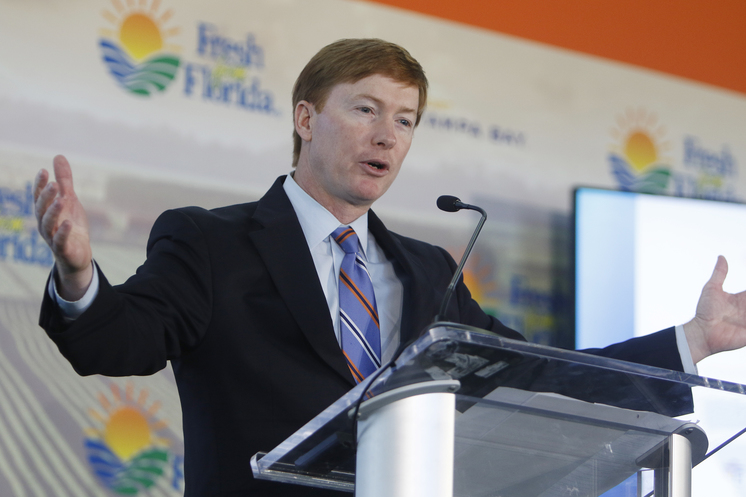 Agriculture Commissioner Adam Putnam, who on Wednesday morning formally kicks off his campaign for governor on the steps of  the 108-year-old former Polk County Courthouse in his hometown of Bartow, has assembled an A-list campaign team. Potentially more important is his Imperial Polk County DNA, considering the political giants Polk has produced for Florida.

The Tarrance Group, which has helped elect dozens of senators and governors, including Govs. John Kasich of Ohio, Scott Walker of Wisconson, Phil Bryant of Mississippi, and Mitch Snyder of Michigan, is the pollster. Putnam's ad guy is Jim Innocenzi of Sandler-Innocenzi, which for three decades has worked with clients including Ben Carson, Govs. Dave Heineman of Nebraska, Butch Otter of Idaho, and Jim Gibbons of Nevada, and Florida U.S. Reps. Tom Rooney and John Mica.

Helping lead the campaign is Kristin Davison, who has worked with on the campaigns of Sens. Marco Rubio and Roy Blunt and as chief of staff at Karl Rove and Co. A senior adviser is former 2010 Rick Scott senior campaign adviser Ward Baker, fresh off a widely praised run as executive director of the National Republican Senatorial Committee, where he helped Republican maintain control of the Senate (in part by recruiting Rubio to run again).

Putnam, 42, would be the first Republican governor from Polk, which leans decidedly Republican, even though Democrats still narrowly lead in voter registration.

And why is it so often called "Imperial Polk"? That name apparently started in the May 15, 1914 edition of the Polk County Record Newspaper, according to the Lakeland Ledger.

"Imperial Polk County -- The Heart of Florida,” was the headline of a boosterish article that declared Polk "truly Imperial in every sense; in area, in extent and variety of resources and in the cosmopolitan character of its population.”