If Rick Scott vetoes budget, House Speaker says they have votes to override 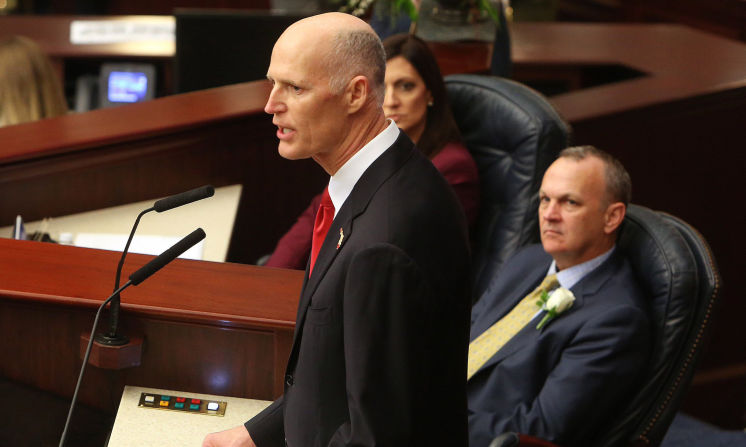 House Speaker Richard Corcoran is not sweating the idea that Gov. Rick Scott could veto the entire state budget the Legislature is expected to pass on Monday.

"If he vetoes the budget, we have the votes, we'll override," Corcoran told reporters late Friday.

Scott has said that vetoing the entire budget is one of his options, but has stopped short of threatening it. The Legislature is preparing to send him a budget that cuts Visit Florida and Enterprise Florida and ignores his request for $200 million to speed up work on the Herbert Hoover Dike around Lake Okeechobee - his stated three biggest priorities.

"I'm going to look at my options," Scott said on Wednesday during a stop in Tampa when asked if he would veto the entire budget. "That’s an option I have. But what I do every year is I go through  (the budget) and say what's good for our Florida families? I represent everybody in the state, so I'm going to do what's best for every family in the state."