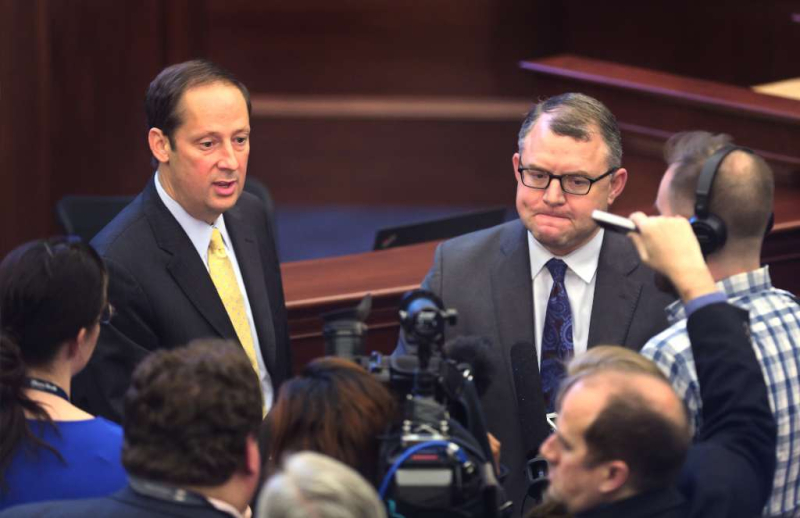 After the Legislature failed to pass a medical marijuana bill, Senate President Joe Negron said late Monday night that he would consider calling lawmakers back to Tallahassee in special session.

"We’ll confer with the House and with the governor and then make a decision on whether that’s something we should do," Negron, R-Stuart, told reporters following the end of the legislative session Monday. "I think the Legislature does have a responsibility to be involved in that implementation, so I think that’s an option we’ll look at."

House Speaker Richard Corcoran, R-Land O'Lakes, was standing next to Negron at the time, and smiled and nodded.

A wide-ranging bill to implement a constitutional amendment passed by 71 percent of voters blew up in the final hours of the regular session Friday. The main sticking point: Whether or not to place caps on the number of dispensaries each licensed grower could open.

Now, it's up to the Florida Department of Health to create a medical marijuana infrastructure in the state.

On Saturday, activists including John Morgan, the Orlando trial lawyer who bankrolled the medical marijuana campaign last year, called on Gov. Rick Scott to call a special session of the Legislature.

Scott's spokeswoman said in a statement that they were "reviewing our options."

Sen. Rob Bradley, R-Fleming Island, a leader on the medical marijuana issue, said he would welcome a special session, calling his and House Majority Leader Ray Rodrigues' failure to strike a deal "a real regret."

"I hope that we address that issue sooner rather than later, at the latest next session," Bradley said. "If we addressed it before then, that wouldn’t hurt my feelings either."

Lawmakers are scheduled to return to Tallahassee for the next regular session in January 2018.

The governor can call a special session on his own, or Negron and Corcoran can agree to one together. Special sessions have a narrow focus, explicitly written down, so the Legislature couldn't consider medical marijuana in a special session unless they agreed to it ahead of time.