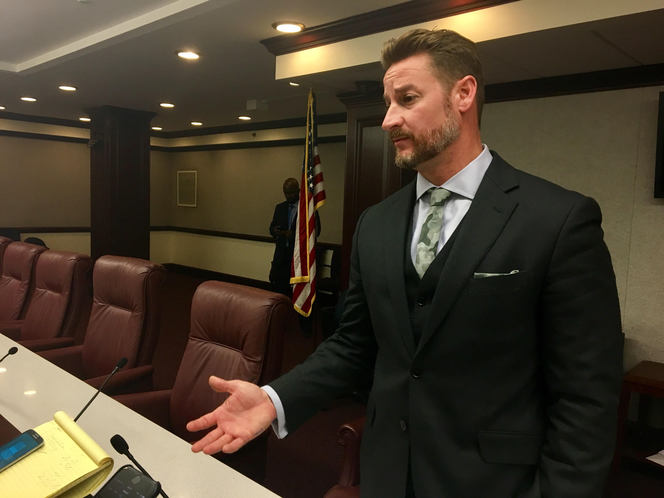 Possessing more than 4 grams of deadly fentanyl or carfentanil will send a person to jail for 3 years under a tough new laws aimed at cracking down on a growing drug epidemic in Florida.

Steube pushed back against Senators who opposed the bill because of the mandatory minimum language. They said they feared kids caught with too much of the drug could end up spending hard time in prison rather than getting treatment. Steube said 4 grams of fentanyl is excessive and is not what an abuser would have. It is more akin to what a drug trafficker would have.

But opponents put up a fight, trying to force Steube to change the bill and give judges discretion to depart from the mandatory minimum in extreme cases where a person may not have known what they had. But that vote failed by one vote. State Sen. Jeff Brandes, R-St. Petersburg, was among those putting up the biggest fight, warning that if a few grams of carfentanil is mixed in a water bottle, the weight jumps and that person could face 25 years in prison for just a few grams. Someone thinking they just had a few grams would be facing signficant time in prison unknowingly he argued.

“Addicts have no idea what they are buying,” he said.