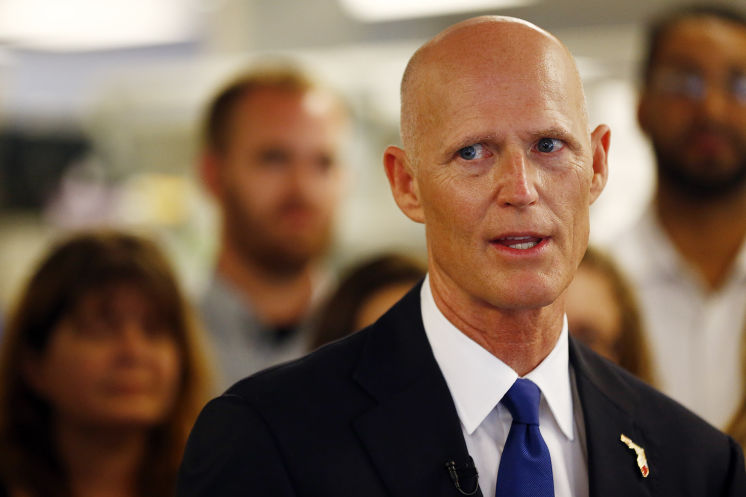 He'll be lucky to get $75 million under a package that is headed to the floor of the Senate for a vote.

The Florida Senate unveiled its tax cut package on Monday and it showed they will give Scott a cut in the sales taxes charged to businesses when they rent commercial space and a back-to-school shopping tax free period. But in both cases, it will be far less than what Scott sought.

The centerpiece of Scott's tax plan was a reduction in the sales tax on business leases from 6 percent to 4.5 percent for at least the next two years. That would have cut $454 million in revenue to the state. But the Senate Appropriations passed a plan Monday morning that shaves just two-tenths of a percentage point off that tax. Under their plan, businesses would still pay 5.8 percent in sales taxes on their rent.

Legislator also whacked the sales tax holiday for back to school shopping. Instead of a 10-day period Scott sought, which would have cost more than $55 million in revenue, the Senate Appropriations committee proposed 3 days, like it was in 2016.

The Senate proposal also includes elimination of the sales tax on femine hygiene products, which will reduce $8.9 million from state revenues.

The tax cuts are lower, but Sen. Jack Latvala, R-Clearwater, said the state will have a couple of hundred million dollars more in reserves.