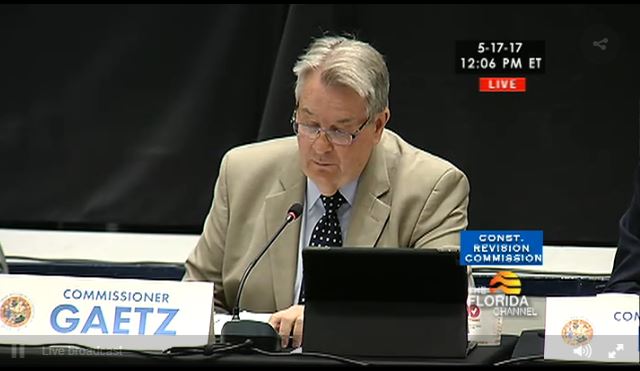 Members of the Constitution Revision Commission Wednesday agreed to follow a new directive from the Florida Legislature that the panel adopt a detailed budget, get approval of two-thirds of the membership for the budget, and require commission Chair Carlos Beruff to get approval before hiring employees.

The Legislature allocated $2 million to pay expenses of the 37-member board which is expected to meet for the next year in its quest to propose constitutional amendments to the November 2018 ballot and included in the allocation proviso language that set some guidelines.

At the recommendation of Sen. Don Gaetz, R-Niceville, appointed to the board by Senate President Joe Negron, the CRC's Rule Committee on Wednesday agreed to follow the requirements in the proviso if the budget becomes law. Beruff, who was appointed by Gov. Rick Scott to head the commission, has hired three people to staff the commission so far -- all of whom have worked for Scott: Jeff Woodburn, executive director, William N. Spicola, general counsel, and Meredith Beatrice, director of external affairs.

The CRC's Rules Committee is meeting today to discuss its controversial rules and after a morning discussion the fault lines are clear: the Legislature's faction is not quite on board with the governor's.

Here's the proviso inserted into the budget by the Legislature: