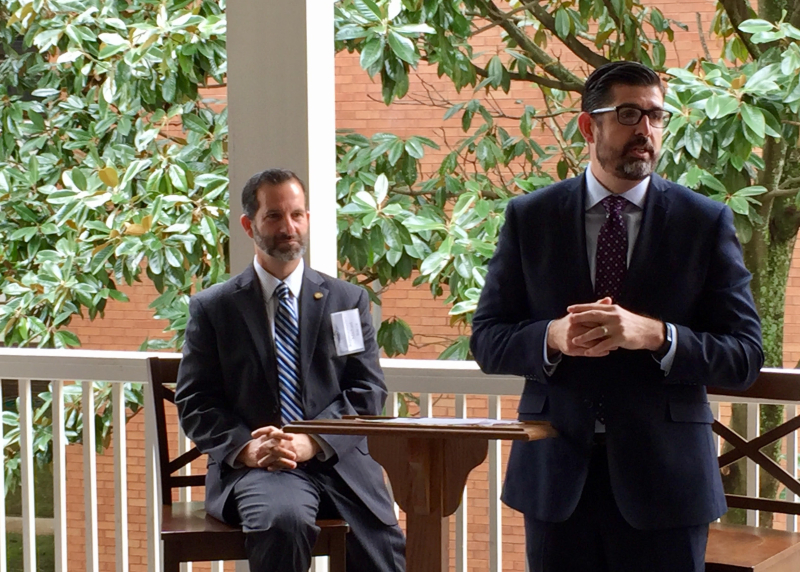 In a glaring mistake that he took in stride, Hialeah Republican Rep. Manny Diaz Jr. accidentally voted against HB 7069 this afternoon, the Legislature's massive $419 million education bill that's part of the 2017-18 budget package.

As pre-K-12 education budget chairman, Diaz helped spearhead the bill and was in charge of fielding questions about it on the House floor Monday.

Diaz was the only Republican to vote "no." He changed his vote five minutes after the vote, but that doesn’t change the official tally of 73-36.

The "oops" sparked some light-hearted teasing from Broward County Rep. Shevrin Jones, the top Democrat on the House Education Committee.

@ShevrinJones 😂😂😂😂 I'm glad I could provide a laugh

@ShevrinJones It's that time in session

Diaz isn't the only lawmaker this session to vote against his signature work-product. Senate President Joe Negron, R-Stuart, forgot to vote in time on his higher education reform package during the first week of session.

Monday is the final day of the 2017 legislative session. Instead of ending Friday, lawmakers extended the session until 11:59 p.m. today to vote on a budget, their single constitutional obligation.