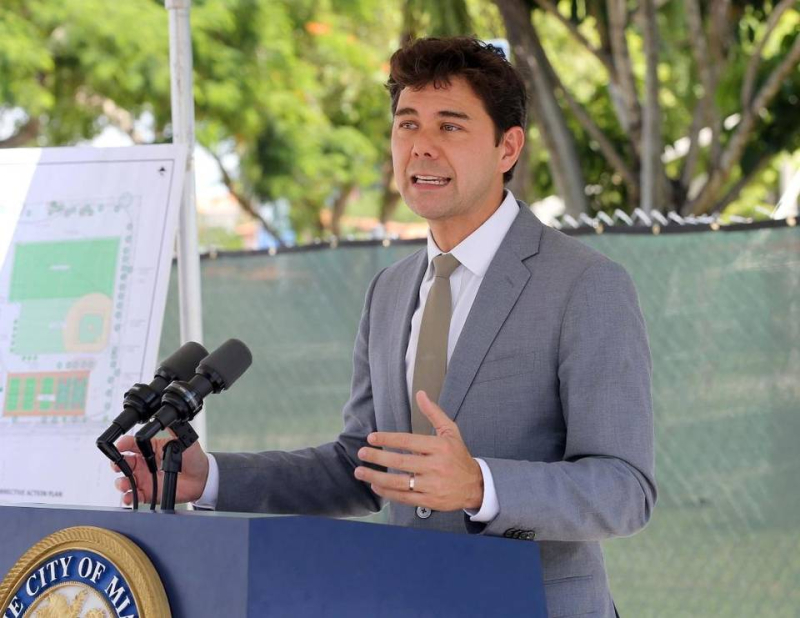 Miami City Commissioner Ken Russell is forming an exploratory committee to gauge whether he should run for Congress.

Russell, a Democrat and first-term commissioner representing downtown and Coconut Grove, has tapped Utrecht, Kleinfeld, Fiori, Partners in Washington D.C. to help him decide if he should open a 2018 campaign for the CD-27 seat being vacated by Republican Ileana Ros-Lehtinen. Locally, he's working with political consultant Fernando Diez.

Under federal law, the Ken Russell Exploratory Committee for Congress can raise funds for polling and travel while allowing Russell to stay on the fence as a possible candidate. Russell, who weeks ago confirmed his interest in Ros-Lehtinen's seat, said he doesn't have a timetable for a decision.

"I believe I need to do that next step, to see if this is the right decision to move forward and serve. I've already spoken with the [Democratic Congressional Campaign Committee] in Washington, the state party chairman for the Democratic Party here in Florida," Russell, 43, told the Miami Herald Tuesday afternoon. "This is something that's very important to me. I represent the common neighbor who becomes a local politician. And that voice is becoming stronger and stronger."

A Congressional campaign would reflect high hopes for Russell, who is not yet mid-way through a four-year term on the city commission (a job he says he finds "fulfilling").

Before running for city commission in 2015, he was somewhat disinterested in politics, not just as a candidate but as a voter. But since becoming a city commissioner, he has served as a Hillary Clinton delegate during the 2016 presidential convention and embraced local progressive issues at City Hall, such as a $15 wage for public agencies and styrofoam ban for vendors at city parks.

"There is a crisis of leadership at the federal level, the likes of what we haven't seen in a lifetime," Russell said. "We have to serve where we're best suited and if I can make a difference at the highest level, I have to consider that."

If he files to run, Russell will enter an already crowded field.

On the Republican side, Miami-Dade Commissioner Bruno Barreiro, former School Board Member Raquel Regalado and Maria Peiro have filed to run. Lt. Governor Carlos Lopez-Cantera is also said to have interest.