« TV ads will 'thank' Curbelo for Obamacare replacement vote | Main | One way or another, Miami lawmaker expects he won't be in Florida House next year » 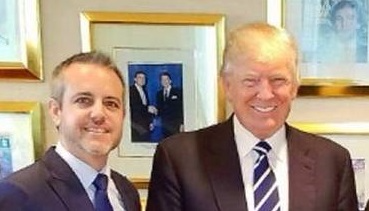 C.J. Gimenez, a son of Miami-Dade County Mayor Carlos Gimenez, said Thursday he is leaving the lobbying firm Avenue Strategies, in part because the company took on as a client Citgo, the Venezuelan-government owned oil company.

The younger Gimenez, who had joined Avenue just last month, characterized the Citgo representation as the "straw that broke the camel's back" and said he and Lewandowski will now focus solely on domestic lobbying clients.

"I will personally never represent the interests of the Maduro regime, which reflects the worst there is of all humanity," Gimenez, who was traveling, told the Miami Herald in a text message.

"We wish him well," Barry Bennett, a former Trump campaign aide who co-founded Avenue with Lewandowski, told the Herald in an email.

Politico reported Wednesday that Citgo finalized a $25,000-a-month contract with Avenue last month. The U.S. has been stepping up sanctions against the administration of Venezuelan President Nicolás Maduro -- a widely detested figure among Miami-Dade County's vast Venezuelan community.

Gimenez, a Coral Gables attorney, had characterized his role at Avenue as one of business development in Florida and Latin America. He and business partners met privately with Trump in January.

Posted by Patricia Mazzei on Thursday, May. 4, 2017 at 6:30 PM in Donald Trump, Miami-Dade Politics | Permalink