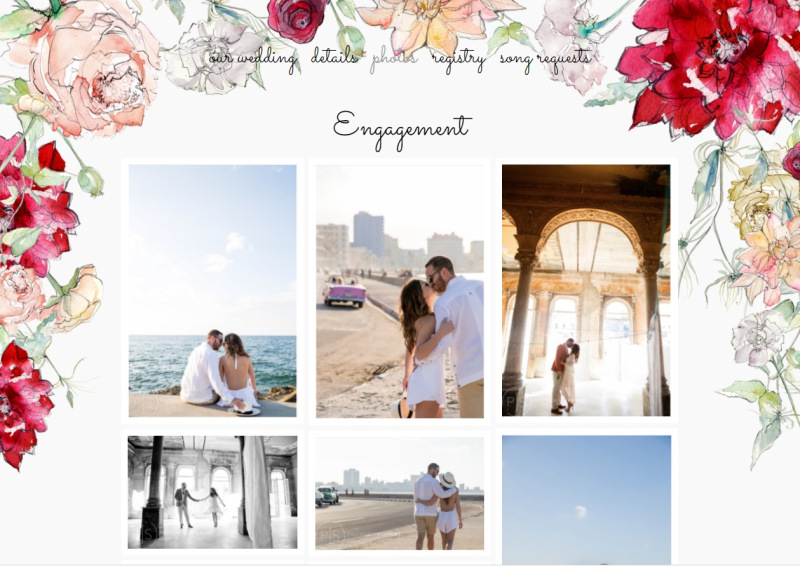 A Miami Republican running in a special Florida House election traveled earlier this year to Cuba, where he and his fiancée posed for engagement photos in Havana.

Daniel Anthony Perez, a 29-year-old attorney and first-time candidate for House District 116, described it as a family trip to see his fiancée's elderly uncle.

"It was to visit a family member," Perez said Tuesday to a Miami Herald reporter who asked about the photos, which are posted online. "We did take pictures while we were there. But the main reason we went was to visit her uncle. We took food, we took medicine."

Cuban Americans are generally allowed to travel to Cuba for family reunification purposes, but not for outright tourism -- which is especially frowned upon among older Cuban Americans who tend to be reliable voters in local Republican primaries.

"This is Miami, and people can interpret things the wrong way," Perez said. "I am 100 percent against the Cuban government and everything it stands for, but I was not going to let my fiancée go to Cuba alone."

"We opened up travel to Cuba without getting anything in return," Perez said. "There are still people being oppressed."

Perez has filed to run to replace Rep. Jose Felix Diaz, a Republican who resigned to seek a state Senate seat. Perez is up against fellow Republican Jose Mallea, a former Jeb Bush and Marco Rubio aide. Qualifying ends June 6.

Perez and his fiancée, Stephanie Nicolas, posted their engagement photos on The Knot, a popular wedding planning website. The couple's profile is public. The engagement section was removed shortly after this story was published.

The photos were also posted by PS Photography, a Miami-based studio. The studio removed the photos shortly after this story was published.

"When Stephanie and Danny decided to do their engagement session in Havana, Cuba we were over the top excited," the photographers, who described themselves as Cuban-American, wrote in a February blog post dedicated to the couple, titled "Stephanie and Danny Havana Engagement Session Part One." (Two other posts followed.) "The trip to Cuba was everything. We truly came back feeling like we learned more about who we are and where we came from."

In the blog post, the studio said the session took place over four days: two in Havana and two in the colonial town of Viñales. But Perez said the photos were shot over a single day in Havana. The photographers paid their own way, according to Perez. PS Photography confirmed Perez's version to the Herald in an email after this story was published.

"Please do not contact us anymore," the photographers said.

The photos show the couple, in various outfits, posing along Havana's Malecón seawall, in the streets of Old Havana and inside a dilapidated house with a grand staircase. 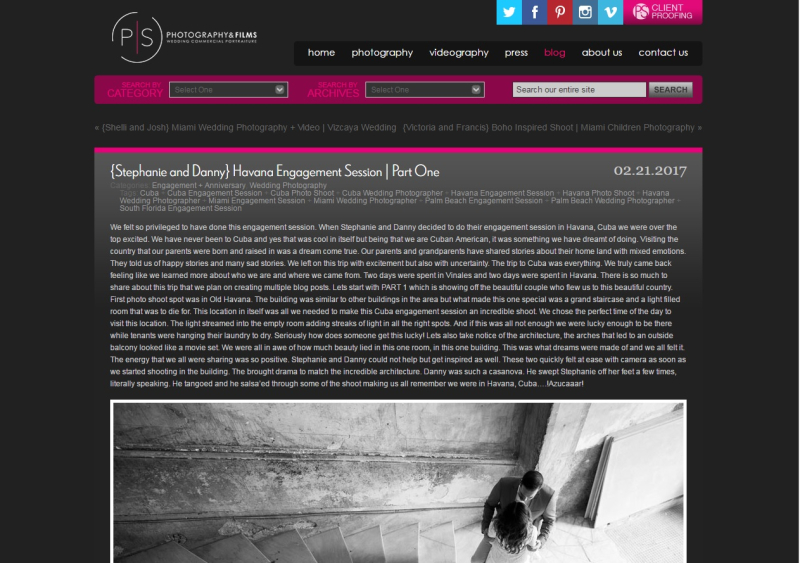