Pitbull all smiles with Florida politician who sued his production company 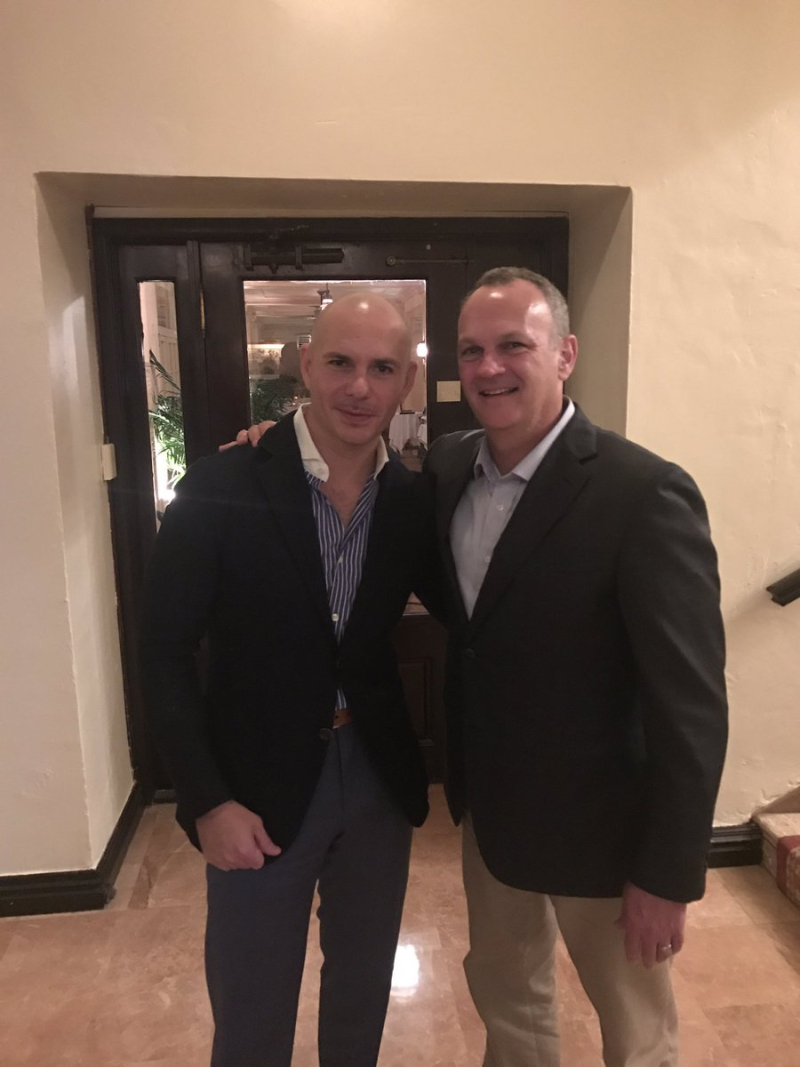 It was just five months ago when Florida House Speaker Richard Corcoran was filing a lawsuit against Miami music star Pitbull’s production company forcing him to disclose terms of a secret contract he had with Visit Florida.

But you wouldn’t know it for Corcoran’s social media accounts. The Land O’Lakes Republican on Monday posted a photo Twitter that shows the two former legal adversaries smiling at an event in Miami.

“Hanging with my good friend @pitbull in 305!” Corcoran posted on Twitter.

Not only did he post the picture, but he “pinned” it to his Twitter page so that it is the first thing people see on his profile page no matter what else he posts on the social media site.

Hanging with my good friend @pitbull in 305! pic.twitter.com/A60ibqlJOx

It was not long ago, that Corcoran was directing the House to sue Pitbull’s production company over how much he was being paid to promote Florida in a music video called “Sexy Beaches.” Visit Florida’s then-CEO Will Seccombe refused to disclose the deal to Corcoran. Seccombe claimed terms of the deal were protected by a “trade secrets” provision. Pitbull’s production company PDR Productions reiterated that same objections in emails to Corcoran before Corcoran filed suit in December.

Days later, Pitbull himself took to Twitter to release details of the contract, which showed he was paid $1 million to promote Florida in music videos, on stage and on social media.

More specifically the deal outlined that Pitbull would get:

- $250,000 went to him after he completed a music video called Sexy Beaches, that included footage of Florida beaches and a social media hashtag promoting Florida.

- $100,000 for cutting a 10-15 second intro as part of a "Conquering Florida" video series Visit Florida uses to promote the state.

- $100,000 for six "Florida Pit Package" sweepstakes that would include travel packages to Florida.

- $300,000 for promoting Florida on social media platforms at least 2 times a month with the hashtag #loveFL.