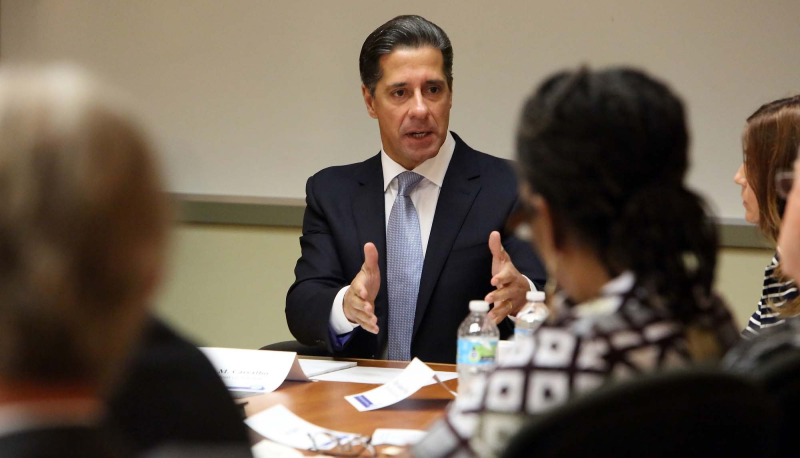 Miami-Dade Schools Superintendent Alberto Carvalho appeared to squash rumors Wednesday night that there's a chance he could run for Congress.

Speaking at an awards ceremony for the Education Fund, a local schools nonprofit, Carvalho vowed to remain schools chief this year, next year and for years to come, according to several attendees. The comment seemed to address his own acknowledgment last week that he was being courted to replace Miami Republican Rep. Ileana Ros-Lehtinen.

Carvalho, an independent who has never run for public office, could have mounted a formidable candidacy, given his broad popularity and name recognition. But he sounded reluctant to run even last week, when Florida Democrats were abuzz about his potential candidacy. And he has since spoken to school board members, including one, Lubby Navarro, who said Carvalho was clear he wasn't running.

Wednesday night, Carvalho's promise to stick to his job was met with resounding applause.