Too much of education bill done ‘behind closed doors,’ top GOP contender for governor says 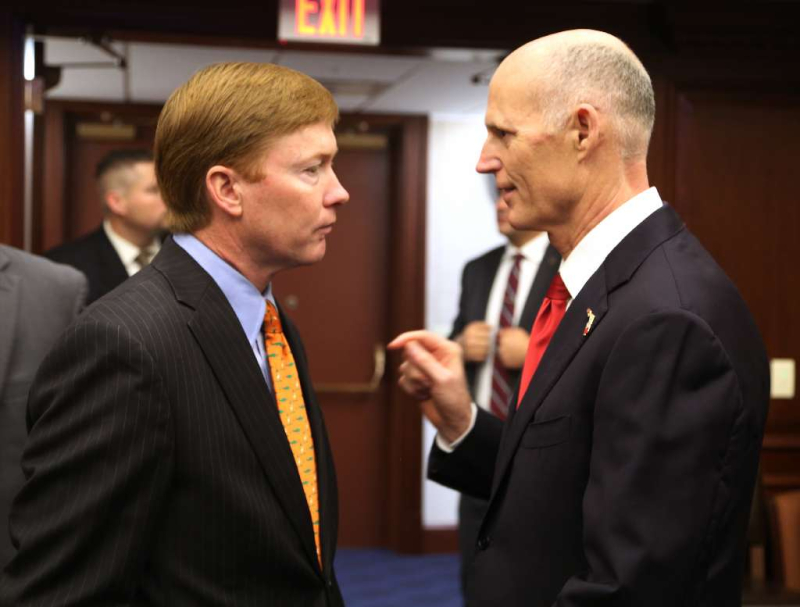 “I have concerns about the way that that bill along with much of the budget was fashioned completely in the dark and behind closed doors,” Putnam told reporters on Tuesday about House Bill 7069.

A key part of HB 7069 is $140 million for a new “Schools of Hope” program, which is largely an incentive for specialized charter schools to set up in low-income areas and essentially compete with struggling traditional public schools. The bill also allocates $234 million in teacher bonuses, both through the controversial “Best & Brightest” program and through a new scheme — whereby “highly effective” teachers would be guaranteed $1,200 bonuses for each of the next three school years and “effective” teachers could get up to $800 each year, depending on how much money is available.

Aside from the numerous other policy reforms not related to spending that are also in the bill, the legislation includes $30 million to expand the Gardiner Scholarship, a voucher program that helps students with disabilities pay for alternative education options.

Putnam didn’t specifically take issue with provisions of the bill, but stressed the way the bill was assembled was cause for concern.

“Not only the public, but many of the members who were asked to vote on it were unaware of all the things that were taped together at the last second and shoved in the pipeline,” Putnam said.

The Legislature voted out the bill on May 8, but it has still not been officially sent to Gov. Rick Scott, who will have 15 days to sign the bill into law or veto it once he gets it.