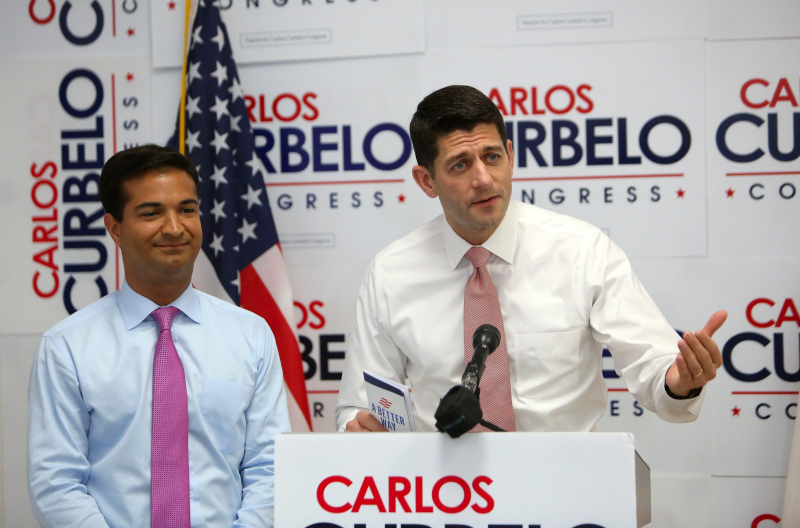 American Action Network, a Ryan-backed political group, plans to air two weeks of TV ads in Curbelo's Westchester-to-Key West district praising him for his yes vote. Curbelo's 26th district has one the highest number of people enrolled under the Affordable Care Act, the program the AHCA aims to replace, and his vote makes him vulnerable to election-year attacks from Democrats in 2018.

"The Republican health plan provides families with more choices, better coverage, and lower premiums," the ad says. "Thank Congressman Curbelo for keeping his word and fighting for the health care we deserve."

AAN plans to run similar ads in 21 competitive districts across the country as part of a $2 million buy. The group says it has spent more than $10 million nationally in more than 110 districts, including Curbelo's, to promote the GOP healthcare plan.

"This is a critical time for Americans to learn the truth about the new health care bill. That’s why AAN is launching the first of several targeted campaigns that will inform Americans about the real benefits of the AHCA," Cory Bliss, the group's executive director, said in a statement.