« In Miami, Scott maintains he might veto budget | Main | Adam Putnam brings his campaign for Florida governor to Broward »

Two Republicans say no to running for Ros-Lehtinen's seat 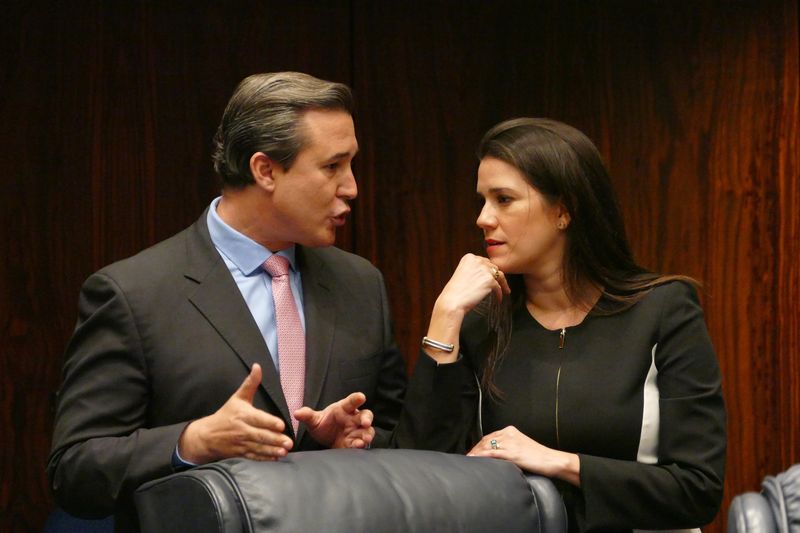 A pair of Republican state legislators have decided against vying for U.S. Rep. Ileana Ros-Lehtinen's congressional seat when she retires next year.

State Sen. René García of Hialeah said Monday to be mentioned as a potential contender was "one of the greatest compliments I have ever received in my career in public service." Hialeah, however, is not part of Ros-Lehtinen's Democratic-leaning 27th district, which runs along the Miami-Dade County coast from Miami Beach to Kendall.

"While the district represents a great part of the community and county that I love, I cannot continue to serve the public knowing that I would be abandoning the city of Hialeah and the people of Northwest Miami-Dade County," García said in a statement. "Having been born and raised in Hialeah, it has been the privilege of my life to serve my hometown for almost 20 years. I do so today with the same appreciation and intensity that I felt when I was first elected."

State Sen. Anitere Flores of Miami, who was also mentioned as a possible candidate, is not running, either.

"I can assure you I'm not running and my focus is to finish out my Florida Senate term strong and serve the constituents of District 39," Flores said in a statement to the Miami Herald. "I think that is the best place where I can serve my community in the coming years."

Flores isn't term-limited until 2020, but García's Senate term will end next year. The two senators have been mentioned as likely future candidates for local office, either at Hialeah City Hall (for García) or Miami-Dade County Hall (for both).