Because it's the Florida Keys: Activists send Curbelo message with coconuts 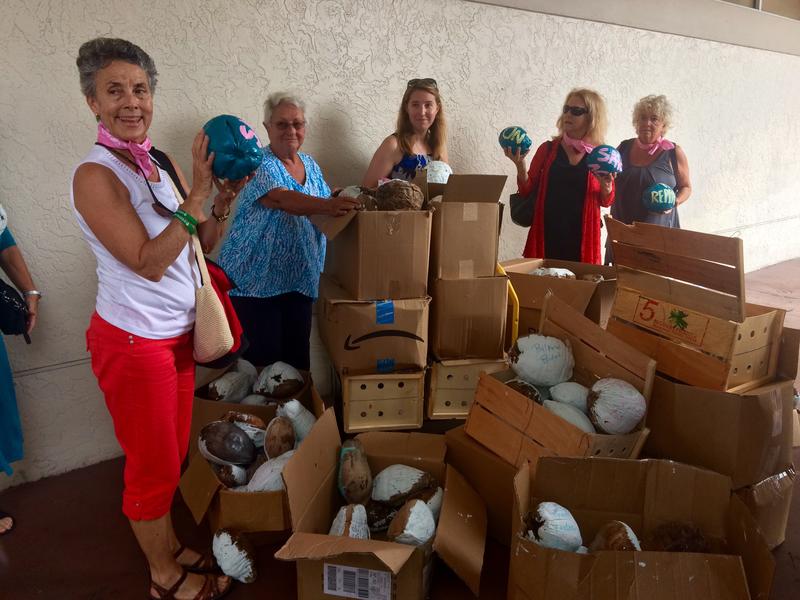 They called themselves the "coconut caravan."

The Upper Keys Action Network, or UKAN was formed after the 2016 election as a way for people in the Keys to stay politically engaged. This week, 10 women from UKAN drove an estimated 300 coconuts to Republican U.S. Rep. Carlos Curbelo's Miami office.

The women and many others had painted the coconuts with messages like "Save ACA [the Affordable Care Act]," "country over party," and "Climate change is real."

It's all to call on the congressman, whose district includes the Keys,  to hold an in-person town hall in the Keys.

"The overall message is ‘Hey, come to the Keys. Come meet with us. Come hear what your constituents have to say,'” says Lindsey Crews, an organizer with UKAN who helped coordinate the coconut project. She says this isn't the first time coconuts have been used to send a political message.

Curbelo is in Washington DC, so he wasn't there to receive the coconuts in person.

"Carlos meets with constituents in-person in both Miami and the Keys during district work periods... and he held a tele-townhall for constituents in May," said Joanna Rodriguez, a spokesperson for Curbelo. She said that tele-townhall reached thousands, but the women of UKAN say they'd like to have the opportunity to ask questions face-to-face.

Listen to the radio story here.