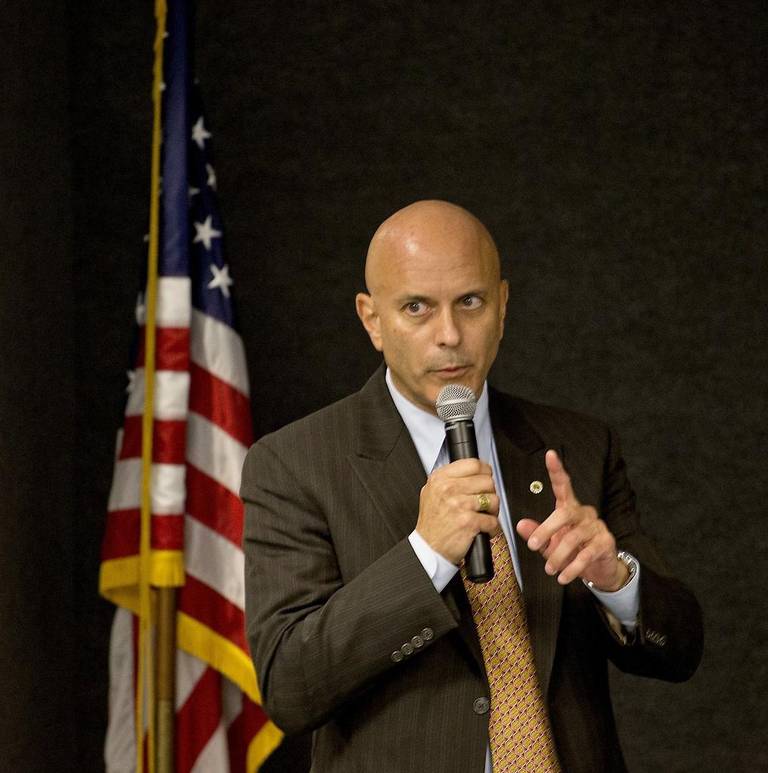 In the summer of 2016, Tim Canova was the South Florida proxy for the dying embers of Bernie Sanders’ presidential bid.

After Sanders endorsed — on national television — Canova’s bid to oust Debbie Wasserman Schultz from her congressional seat, the Nova Southeastern University law professor raked in millions from disaffected liberal Democrats around the country upset with her leadership of the Democratic National Committee and her perceived favoritism toward Hillary Clinton during the Democratic primary.

“Clearly I favor her opponent, his views are much closer to mine than to Wasserman Schultz’s,” Sanders said in May 2016.

Last week, Canova announced he will challenge Wasserman Schultz again in 2018 despite a 14-point loss in the Democratic primary to the longtime congresswoman from Weston.

But this time around, Sanders isn’t on board.

“I have no idea about Tim Canova, I honestly don’t,” Sanders said when asked if he plans to support Canova’s second bid against Wasserman Schultz. “I know nothing about Tim Canova.”

Sanders declined to answer whether he thinks Wasserman Schultz should face a primary challenge from a more liberal-leaning Democrat.

The Canova campaign said the lack of support from Sanders doesn’t matter even though it could mean millions in contributions from supporters of the Vermont senator.

In an email, Canova acknowledged the importance of Sanders’ endorsement last year, even though Sanders did not come to Florida to campaign with Canova.

“I was thrilled when he endorsed me last year,” Canova said. “His endorsement gave us an important lift and I'm forever grateful for his support at such a critical time.”

Canova faces an uphill challenge against Wasserman Schultz, a prolific fundraiser who has widespread support among many constituencies in her Broward-based district that extends into northeastern Miami-Dade County. He’s now a second-time candidate facing off against an opponent who won reelection by double digits weeks after being ousted as DNC chair.