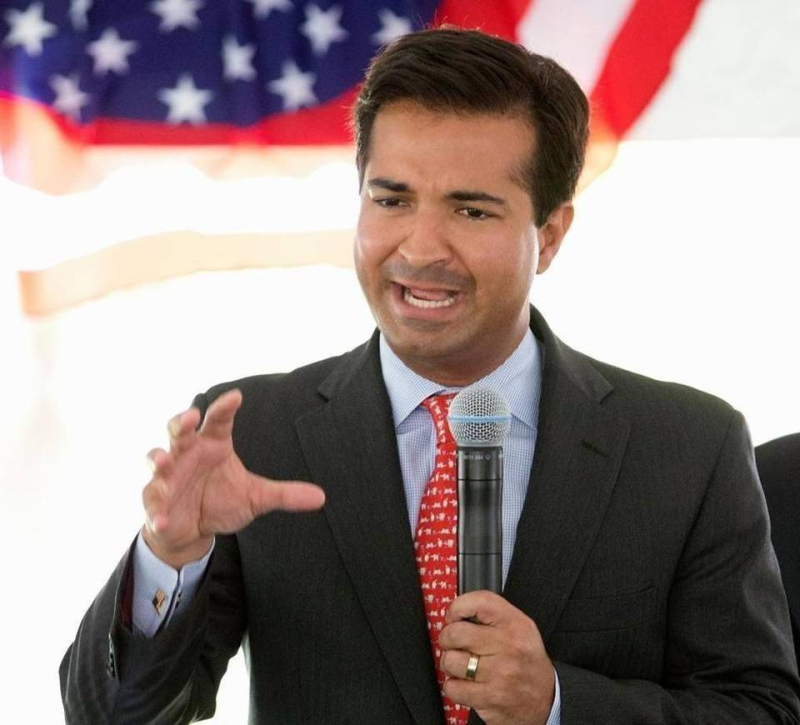 Members of Congress like Carlos Curbelo are in danger of becoming extinct.

The Republican, who represents a Miami-to-Key West district, is one of the few GOP voices speaking out against Donald Trump’s decision to withdraw from the Paris Climate Agreement and his desire to dismantle the Environmental Protection Agency.

But as rising seas threaten to ruin property values in his district, Curbelo is trapped between conservatives who don’t have any interest in talking climate change and liberals who would love to take out a Republican incumbent in 2018.

In 2016, Curbelo had the second highest rating among House Republicans on the League of Conservation Voters’ annual scorecard.

The only member with a higher score than Curbelo, Illinois Republican Robert Dold, lost reelection.

Curbelo is fighting to avoid Dold’s fate, and during the first six months of Trump’s administration, he’s attempted to position himself as the national voice for Republicans who are concerned about climate change.

He munched on strawberries in South Miami-Dade with a PBS correspondent during a national television segment about conservatives embracing climate change, appeared in a New York Times front page opus on the GOP’s shift toward climate change denial and frequently tweets his displeasure with the White House.

“Every day there’s more momentum on the Republican side for responsible climate policy,” Curbelo, 37, said. “It’s also a generational issue, so there are a lot of colleagues who are my age or around my age who are far more open to engaging in this issue than those who have maybe been here 10 or 20 years.”

Instead of arguing that politicians must take action because humans are morally responsible for climate change, Curbelo is spreading a simple message: tackling the effects of climate change makes economic sense.

In 2016, he won reelection by 12 points even after his district was redrawn in favor of Democrats. In the nascent 2018 cycle he’s among the top fundraisers from either party, with $613,622 raised, putting him 32nd nationally among House incumbents and challengers, according to Federal Election Commission data.

Curbelo frequently touts the Climate Solutions Caucus he co-founded last Congress with Rep. Ted Deutch, D-Boca Raton, where each member who joins is required to bring along someone from the other side of the aisle.

The strategy has appeared to work so far for Curbelo. He hasn’t drawn serious opposition for his seat in 2018 yet, despite Trump’s low approval ratings and excitement from national Democrats that the House could turn blue in 2018.

But the Climate Solutions Caucus is littered with vulnerable Republican incumbents: 15 of the caucus’s 21 Republican members are on the list of Democratic targets to flip in 2018.

The desire to keep moderates like Curbelo in Congress has divided environmental groups. Some, like the Environmental Defense Fund, spent nearly $500,000 to back Curbelo in 2016, while others, like the Sierra Club, choose to support Democrats.

“Absolutely, we recognize and applaud that he’s sort of split with his party and been a vocal advocate for action on climate change, but the Sierra Club needs to look across the board,” said Melinda Pierce, the Sierra Club’s legislative director. “If you look at the rest of his votes it doesn’t live up. He’s been active on climate, but if you look across the board he’s got votes on bills that are at odds with us, supporting natural gas exports, support for Keystone [Pipeline], support for fossil fuel subsidies. When our folks look at Carlos Curbelo they see a 23 percent lifetime environmental voting record.”