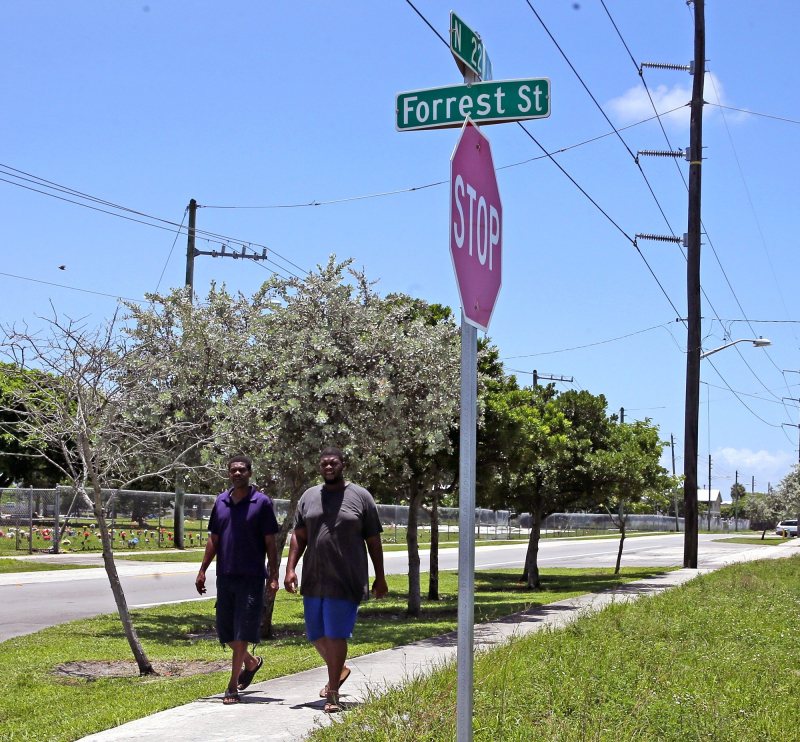 Every day after he’s done delivering mail in Miami Gardens, postman Jonathan Anderson returns home to Hollywood, where he strolls the neighborhood to check in with family and friends. Like him, most of them are African-American.

So it is especially hurtful to pass by three streets whose names might mean little to the uninformed. But Anderson knows: Forrest, Hood and Lee were three Confederate generals. Forrest was considered the father of the Ku Klux Klan.

“To me, when you walk out your door and see those names, and you are conscious of what they stand for, then it becomes something so distasteful you can’t shake it,” said Anderson, 62. “It is a showing from a very dark past that my ancestors had to go through — what we are still going through.”

Of all the places still grappling with the Civil War’s ugly legacy, the most unexpected might be sleepy Hollywood, a Broward County bedroom community founded 60 years after the war’s end, with zero claims to its history and located so far south it’s closer to the Caribbean than to the old Confederacy.

Yet the city has stuck with Confederate streets in a black neighborhood, ignoring renaming requests a decade and a half ago. For the past two years, the idea has been grinding through an unhurried bureaucracy to — perhaps, finally — christen them anew.

Exasperated by Hollywood’s dawdling, a protest calling for the streets to be renamed turned nasty last week when pro-Confederates arrived and, according to a black state legislator, hurled racial epithets at him and other African Americans and Hispanics. The demonstration of about 150 people outside City Hall ended with five arrests when protesters disrupted a commission meeting.

“Blacks see what’s happening nationally and think, ‘Hell, no, this is not about to happen again,’” said state Rep. Shevrin Jones, a Democrat from neighboring West Park who said he was called a “monkey” and a “nigger.” “We will be vocal, and we will not sit on the sidelines.”