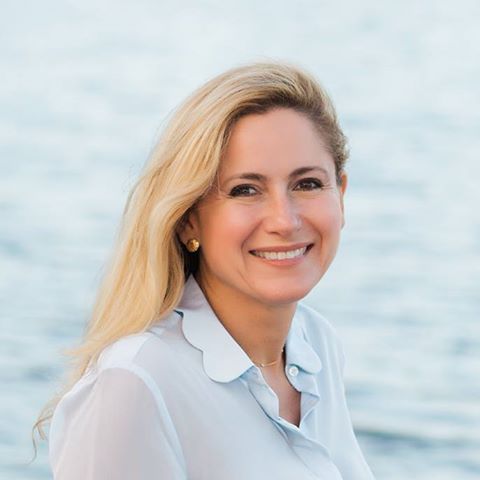 U.S. Rep. Carlos Curbelo could soon get a Democratic challenger.

Debbie Mucarsel-Powell, a Democrat who unsuccessfully challenged Republican state Sen. Anitere Flores in 2016, was in Washington on Thursday to meet with party leaders and members of Congress.

Mucarsel-Powell confirmed in an interview with the Miami Herald that she is taking a hard look at Curbelo's seat in 2018.

"I met with various members of Congress who are extremely concerned about the direction our country is in, they are encouraging me to take a serious look at it," Mucarsel-Powell said. "One of the reasons I'm considering it is that I'm fully committed to the people in the district. The horrible healthcare vote that Curbelo took a few weeks ago shows that they don't have a member in Congress. He doesn't represent the district."

Mucarsel-Powell met with Florida Reps. Stephanie Murphy, Ted Deutch and Lois Frankel along with Michigan Rep. Debbie Dingell and Massachusetts Rep. Katherine Clark. She also took meetings with the Democratic Congressional Campaign Committee, the group tasked with getting Democrats elected to the House nationwide, and EMILY's List, a group that aims to elect female politicians.

"I’m leaving extremely impressed with the members I met," Mucarsel-Powell said. "It gives me hope we can stop Trump's agenda."

Curbelo, a second-term Republican, has yet to draw a Democratic opponent despite a district that has voted for Democrats at the presidential level. A host of Miami-area Democrats are weighing a bid for Republican Rep. Ileana Ros-Lehtinen's seat after she announced her plans to retire.

"I know we're going to be okay in that district," Mucarsel-Powell said, adding that her main priorities are education and healthcare.

Mucarsel-Powell wants to consult with her family and friends before making a definitive decision, she said and acknowledged that a run against Curbelo, who ranks among the GOP's top fundraisers, will be challenging. Mucarsel-Powell captured 45.8 percent of the vote against the well-funded Flores, a moderate Republican, in 2016.

"The Democratic Party and EMILY’s List have to make sure that someone’s viable, candidates have to raise a significant amount of money first," she said.