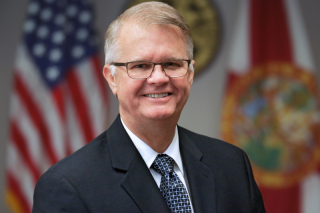 Scott announced his appointment of Jim Poppell with a news release, praising Poppell’s most recent work as chief of staff for the Florida Department of Economic Opportunity.

“During his time at DEO, Jim has helped provide Florida families and businesses with the support they need to succeed,” Scott said in a statement. “I am confident that Jim will continue the Lottery’s focus on fighting for students and achieving record sales to invest in our education system. I look forward to working with him to further support Florida students.”

Poppell will take over over as lottery secretary on July 10, Scott’s office said. He replaces Tom Delacenserie, who announced his resignation in late May to take a higher-paying position as the head of Kentucky’s state lottery.

David Mica, who has served as lottery chief of staff since 2016, has been serving as the interim secretary in the mean time.