« Rubio says Trump will not fire prosecutors conducting Russia investigations | Main | Richard Corcoran: The Legislature's most interesting man is also it's most contradictory » 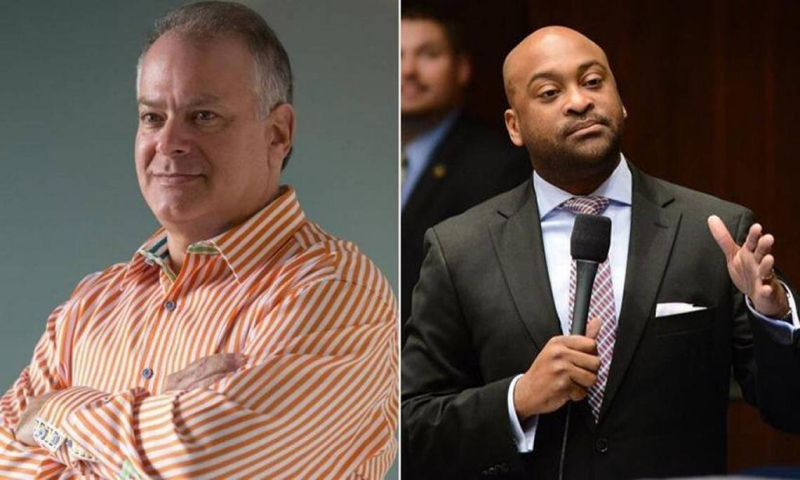 The Florida Democratic Party’s big annual fundraiser ended in acrimony Saturday night after Stephen Bittel, the party chairman, dismissed anger from lawmakers who didn’t get introduced on stage as a “childish” complaint from African-American legislators.

Bittel also said state Sen. Oscar Braynon of Miami Gardens, the Senate Democratic leader who had expressed lawmakers’ unhappiness to the chairman, was acting like “a 3-year-old.” Bittel has since apologized.

Most Democratic legislators — not only African-American ones — were upset that Bittel, looking to speed up the program to get to former Vice President Joe Biden’s keynote speech, scrapped the part where Braynon and Rep. Janet Cruz of Tampa, the House Democratic leader, would present the members of their respective caucuses. Biden noted his appearance was keeping him from his wife on the night of their 40th wedding anniversary.

Braynon, who said he didn’t care one way or another about speaking at the annual Leadership Blue gala, nevertheless warned Bittel lawmakers would not like being passed over. Already the party had decided not to introduce each legislator by name, citing time constraints. Instead, Braynon and Cruz were each supposed to get four minutes each with their colleagues on stage before U.S. Sen. Bill Nelson introduced Biden.

Bittel, whose relationship with Braynon has been contentious, ignored Braynon’s warning, even though lawmakers had begun lining up by the stage and didn’t know the program had been changed. Bittel proposed bringing lawmakers up after Biden spoke. By then, the dinner’s roughly 1,300 attendees were streaming out of the room, and the legislators got no recognition, other than a pre-taped video that featured some of them, along with the Democratic candidates for governor.

After the dinner, Sen. Lauren Book of Plantation, who is white, asked Bittel about the snub — prompting Bittel’s outburst blaming African-American legislators for complaining, even though Cruz, who is Hispanic, and others were also angry.

“He said, ‘They’re like children, these black lawmakers. They just don’t get it,’” Braynon said, relaying what Book told him. “‘I raised more money in this amount of time than they ever could.’”