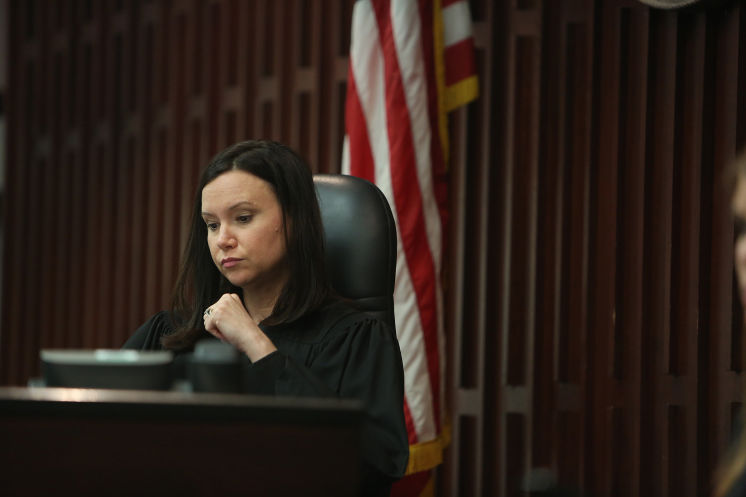 A former Hillsborough County judge who traded in her black robes in April has made it clear what she wants her next job to be: Ashley Moody on Thursday filed to run for Florida attorney general in 2018.

Moody, a Republican, was elected to the 13th Judicial Circuit in 2006. At the time, she was the youngest judge in Florida.

She's now running for an influential seat on the Florida Cabinet, replacing another Hillsborough County Republican, Pam Bondi, who is term limited in 2018. Moody joins a field that already includes Republican state Rep. Jay Fant of Jacksonville and Democrat Ryan Torrens of Tampa.

Back in April, when Moody resigned from the bench, she hinted to the Times' Sue Carlton about a big announcement in the future. "I felt like it was time to serve our community and system of justice in different ways," she said.

It's early days, so Moody has not yet started raising money. However, she has lined up Tampa accountant Nancy Watkins, who handles many prominent Republicans' books, as her treasurer.