« The Trump whisperer: Marco Rubio has the president’s ear on Latin America | Main | Man 'fed up' with Republicans threatens Miami lawmaker on Facebook, gets arrested » 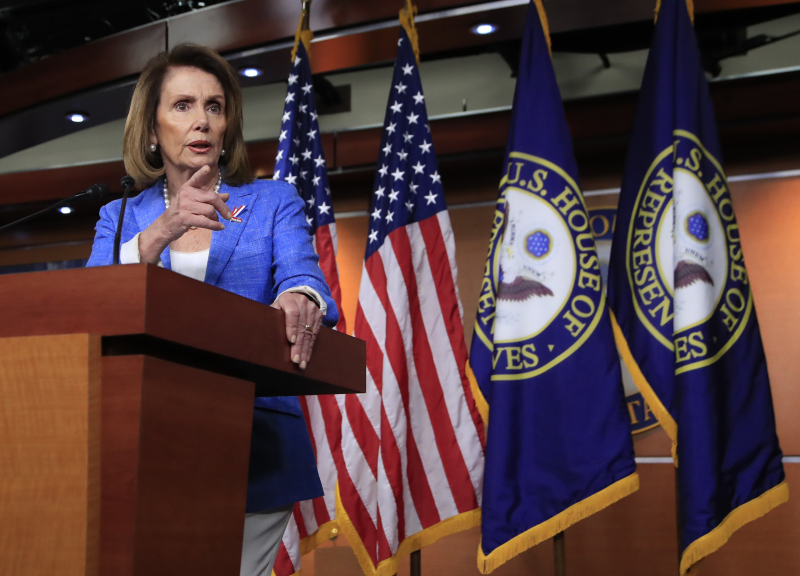 Get ready, voters in Florida's 26th congressional district: A rash of anti-Nancy Pelosi advertising is coming in the 2018 election.

The group says it's polled 11 competitive congressional districts -- including FL-26 -- over the past 60 days and found Pelosi is disliked. Her leadership came under political fire last week after Democrat Jon Ossoff lost a special election in Georgia. A defiant Pelosi, a Democratic fundraising machine, made clear she's sticking around.

According to Congressional Leadership Fund, 45 percent of poll respondents in FL-26, which is represented by Miami Republican Rep. Carlos Curbelo, view her unfavorably, compared to 37 percent who view her favorably.

"During the 2018 cycle, CLF will spend millions of dollars highlighting Nancy Pelosi's toxic agenda and reminding voters across the country that Democratic candidates are nothing more than rubber stamps for her out-of-touch, liberal policies," Congressional Leadership Fund Executive Director Corry Bliss wrote.

Curbelo, who has yet to draw a Democratic challenger, has been repeatedly jabbed recently by the Democratic Congressional Campaign Committee for his support for the House healthcare bill. Another Miami Republican, Rep. Mario Diaz-Balart, also backed it.

"Carlos Curbelo and Mario Diaz-Balart already made their bed and now they have to lie in it," DCCC Spokesman Cole Leiter said in a statement Monday.

We talk more about Pelosi in our weekly McClatchy politics podcast, "Beyond the Bubble":