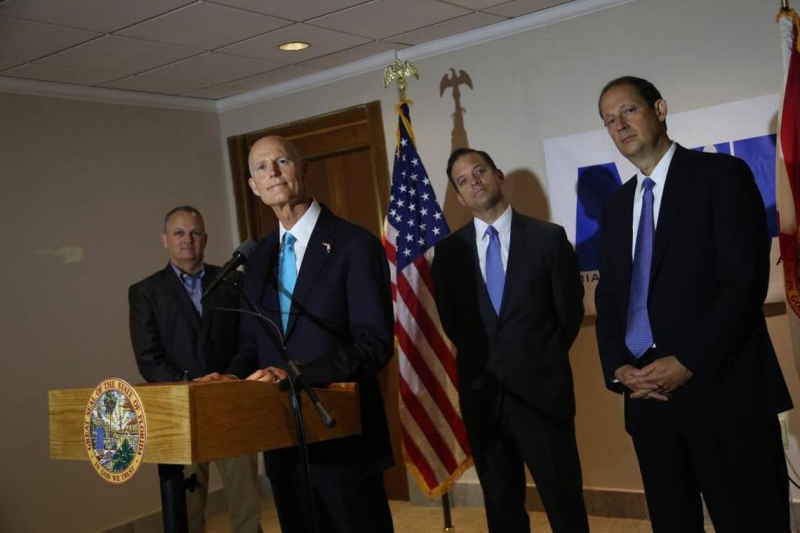 Of Florida’s top three Republican leaders, only one of them — Senate President Joe Negron — is willing to say, grudgingly, that human activity contributes to climate change.

Asked repeatedly Friday if man-made climate change is real, as a broad consensus of scientists have long concluded, Corcoran refused to answer.

“We should do all we can to protect the environment,” he said.

That doesn’t answer the question, he was told.

“Whatever,” responded Corcoran, of Land O’Lakes. “I’m not going down that path.”

A day after President Donald Trump withdrew the U.S. from the international Paris climate agreement, the three most powerful men in Florida government declined to acknowledge the threat of rising seas to one of the nation’s most vulnerable states.

Instead, Scott, who has touted his friendly relationship with the president, defended Trump’s decision.