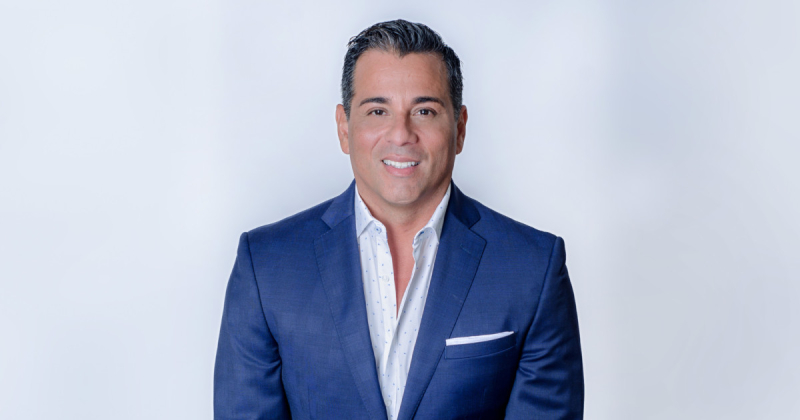 Manjarres would face an uphill battle running as a Republican in the left-leaning Congressional District 22 which includes parts of Fort Lauderdale and other areas of northern and western Broward and Boca Raton.

In 2016, Deutch easily beat his Republican opponent, Andrea Leigh McGee, who worked in real estate and was unknown in South Florida politics. Deutch beat McGee 59 to 41 percent. Deutch spent about $1.6 million while McGee spent $21,000, according to the Center for Responsive Politics.

Manjarres, who lives in Fort Lauderdale, is far better known in Republican circles because he has had contacts for years with politicians, candidates and their consultants through his  Shark Tank website which covers state and national races. Manjarres said he can tap that network to raise far more money that Deutch's previous opponent.

"What if I am able to raise $1 million and spend $1 million in the district?" Manjarres said. ""If I can get Republicans out in droves and independents, it's going to be very competitive."

But Deutch is well-known and popular among Democrats in the liberal district. A former state senator, he was first elected to Congress in 2010. He has been known as a consistent voice in favor of gay rights and abortion rights and a leader on Jewish issues, a key constituency in District 22. Deutch opposed the Iran nuclear deal in 2015.

In 2016, Manjarres was arrested after he was accused of threatening his sister's boyfriend, Jason Holowinski, in Boca Raton. Holowinski told police that he and his girlfriend were arguing and that Manjarres ambushed him and fired a bullet into his vehicle. But Palm Beach State Attorney Dave Aronberg, a Democrat, announced that no charges would be filed included attempted murder after Holowinski refused to cooperate.

Here is Manjarres' statement about his political plans on his blog:

“After speaking with my trusted colleagues, friends and family about future career opportunities, I have decided to explore the possibility of running for the U.S. Congress in Florida’s 22nd congressional district.

It was clear that after the historic 2016 elections, Americans rejected the agenda and policies of the outgoing Obama Administration that they believe were threatening the American way of life.

Even with Republicans in control of congress, it is of the utmost importance that Republicans continue to win the public’s trust and reform all aspects of the federal government.

It is time for all  pouting members of the U.S. House of Representatives, who have been comporting themselves like petulant obstructionist children, put the American people first before political ideology or party, and remember that they are 1 of 435 individuals tasked to serve all Americans, regardless of the race, color, sexual persuasions, or political party affiliation.

I look forward to having a substantive and productive dialogue with not just the residents of south Florida, but with the American people at large.”

Deutch said in a written statement:

"I take every race seriously and I always welcome a spirited debate over the direction of our country. This week I am going to Washington to fight the disastrous Trumpcare bill. At home I am fighting for our veterans, working constantly with local officials to help our businesses create more jobs, and combating the effects of climate change that are already impacting our community. And every day, I am working to keep our country safe."