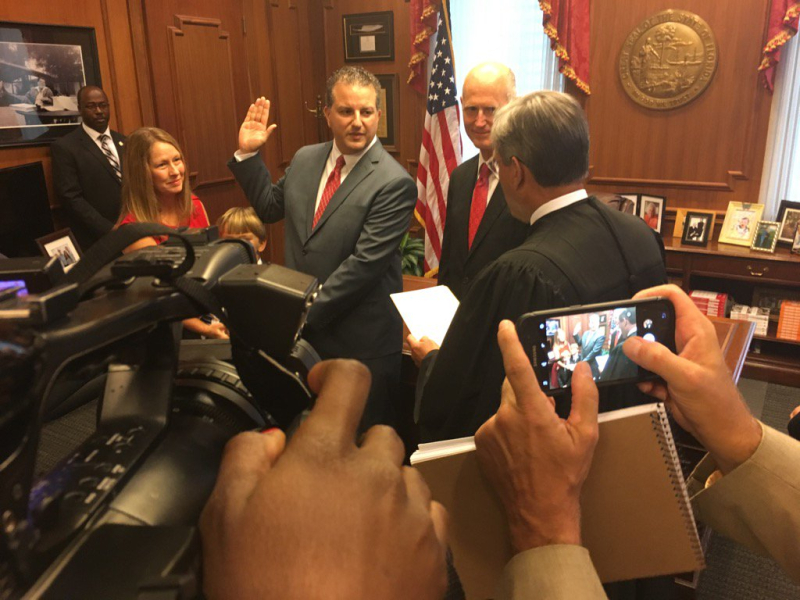 Patronis, 45, was accompanied by his wife Katie and their two sons, Theo and Johnny. A Panama City restaurateur, former Republican state House member and former member of the Public Service Commission, Patronis becomes the state's fourth CFO, succeeding Jeff Atwater, who resigned after six-and-a-half years in office to take a senior position at Florida Atlantic University in Boca Raton.

"I really look forward to being effective and efficient and keeping up the same standards and values that CFO Atwater has brought to the job," Patronis said. "Greater transparency, greater efficiency and attacking fraud in our insurance and just doing what he can to ensure that the economy and transparency of our state grows."

More than two dozen friends were on hand for the ceremony, including former Republican state Rep. Jim Frishe of Pinellas Park, who served with Patronis for six years in the state House of Representatives.