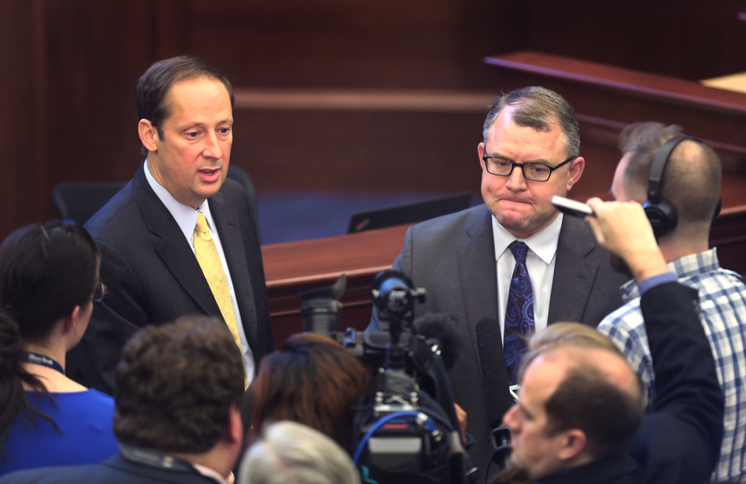 State lawmakers on Wednesday reached agreement on how to put medical marijuana — passed overwhelmingly by voters in November — into effect in Florida.

Legislative leaders are expected to add it to their agenda as they convene in Tallahassee Wednesday afternoon, a rare sign of consensus in a contentious special session.

The agreement, reached Tuesday night after at least a week of closed-door negotiations, calls for 10 new growers to be licensed this year, in addition to the seven that already hold a state license under an existing, limited cannabis program. New licenses would go to previous applicants who were high-scoring in competition for the existing licenses, and the rest would go to new applicants, including at least one black farmer, House Majority Leader Ray Rodrigues, R-Estero, said.

Four new growers would be added for every 100,000 patients.

Lawmakers will also cap the number of dispensaries each grower can open at 25, though that would increase by five for every 100,000 patients. That was the key sticking point when they failed to reach agreement on marijuana earlier this year. The Senate was pushing for a lower cap, intending to limit the influence of the existing growers, some of whose business models revolve around opening as many as 50 storefronts. The House, meanwhile, wanted no caps, saying that was the free-market approach to starting this new, potentially $1 billion, industry in Florida.

The cap would sunset in 2020, Rodrigues said.

"It accomplishes (the Senate's) goal of restraining the growth initially to see how the market will develop, and then it gives us the ability to make a determination as a Legislature if that has accomplished its goal and if it needs to continue," he said.

It is expected that the deal allows for edibles and "vaping" but not for smoking marijuana, which the House and Senate previously agreed upon.

As well, Moffitt Cancer Center in Tampa will receive funding for medical marijuana research under the bill, a Galvano priority.

“Our constitutional duty is to ensure the availability and safe use of medical marijuana in the manner prescribed by Florida voters,” bill sponsor Sen. Rob Bradley, R-Fleming Island, said in a statement. “This patient-first legislation will expand access to this medicine, while ensuring safety through a unified regulatory structure for each component of the process from cultivation to consumption.”

In May, during the final hours of their regular legislative session, negotiators failed to reach agreement on key points of a medical marijuana law. But a groundswell of support among the rank-and-file members of the House and Senate, as well as from Speaker Richard Corcoran and activist voices, pushed for lawmakers to address it in a special session.

A final bill will be filed late Wednesday morning, according to the Senate. Lawmakers in both chambers have said they would not address the issue unless agreement could be reached ahead of time.

There is broad support among lawmakers to pass some sort of legislation after it got 71 percent of voters’ support in November. The voter-approved constitutional amendment directs the state to set up a system for regulating marijuana so patients with a long list of conditions, including HIV/AIDS, cancer, post traumatic stress disorder and epilepsy, can access it.