« Ohio sued drug companies over the opioid crisis. Will Florida? | Main | Because it's the Florida Keys: Activists send Curbelo message with coconuts » 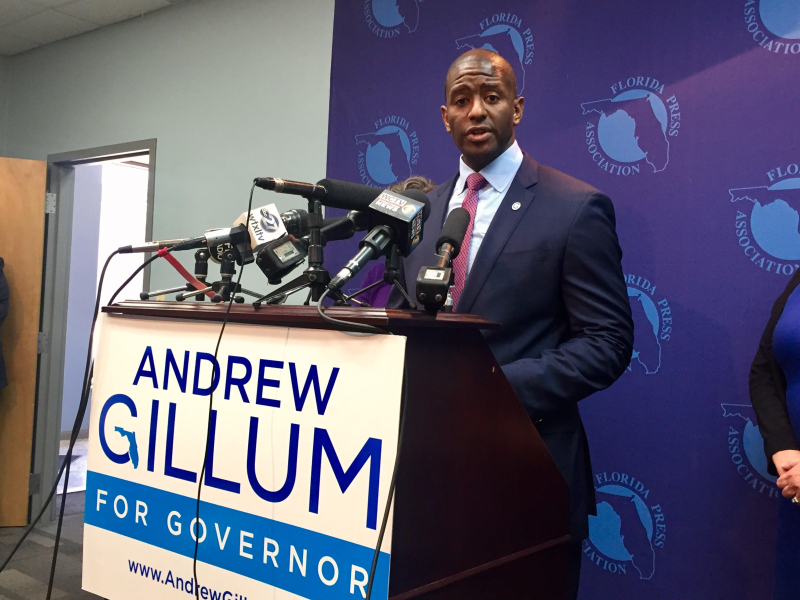 The chairman of the 28-member Florida Legislative Black Caucus is endorsing Tallahassee's Democratic Mayor Andrew Gillum to be the state's next governor, Gillum's campaign announced Tuesday.

"We can trust Mayor Gillum to be a fierce advocate for our community on so many issues -- from addressing climate change, to ensuring healthcare is accessible to the most medically-needy in our state, to protecting public education from for-profit charter schools and their friends in the Legislature," Sen. Perry Thurston, D-Fort Lauderdale, said in a statement provided by Gillum's campaign.

Gillum, 37, is the only candidate for governor who is African-American. He would be Florida's first black governor if elected and is the second African American to make a serious bid for the job, following Daryl Jones who lost a primary in 2002.

It's unclear how much sway Thurston's support might hold for Gillum among minority voters. Thurston, a former Broward state representative who is now a state senator, is not well-known statewide outside of having run unsuccessfully for attorney general a few years ago.

By comparison, one of Gillum's Democratic primary opponents scored a big endorsement last month that could matter significantly more. Former U.S. Rep. Gwen Graham announced she had the formal support of civil rights icon and U.S. Rep. John Lewis, with whom she served during her one two-year term in Congress that ended in January.