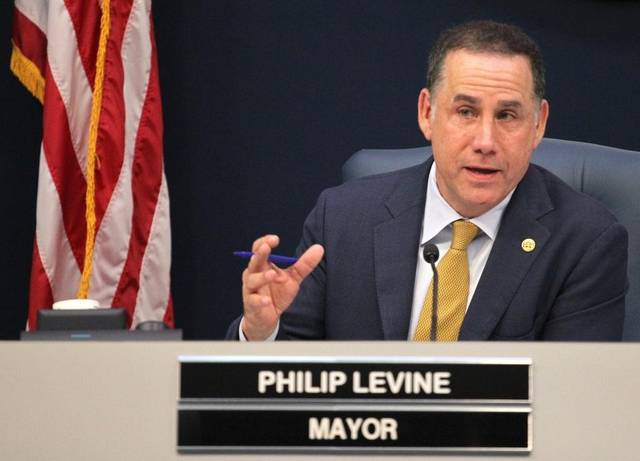 Miami Beach Mayor Philip Levine, a Democrat seriously considering a run for governor, is about to hop on a bus and scoot around Florida to get to know folks across the state. But the millionaire entrepreneur hasn't formally launched a gubernatorial bid yet.

Levine's been tapped by Sirius/XM to make a five-part audio documentary called "A Day In The Sun." Billed as an encounter with everyday people who live in the Sunshine State, the documentary will be recorded during Levine's road trip July 10-14. He'll start in Miami and head north, stopping in areas like Tarpon Springs, Orlando, Daytona Beach, St. Augustine and the Panhandle.

"Along the way he’ll speak with Floridians of diverse backgrounds and interests - from alligator wranglers to farmers to NASA engineers - exploring the rich tapestry of everyday people who help make the state unique," reads a press release from Sirius/XM.

The five-part weekly series will premiere on SiriusXM Insight channel 121 on Aug. 1. Always eager to bask in the spotlight, Levine hosts another Sirius/XM show called "The Mayor," which features him interviewing different political leaders and cultural figures from across the U.S.

Although not technically a campaign tour, the trip will put Levine in front of more voters as he mulls a bid for governor. The mayor has told the Miami Herald he plans to make a decision in the fall. He would enter a field of Democrats that includes former North Florida congresswoman Gwen Graham, Tallahassee Mayor Andrew Gillum and Orlando entrepreneur Chris King. Another potential candidate, trial attorney and noted medical marijuana advocate John Morgan, has said he's in no rush to decide.