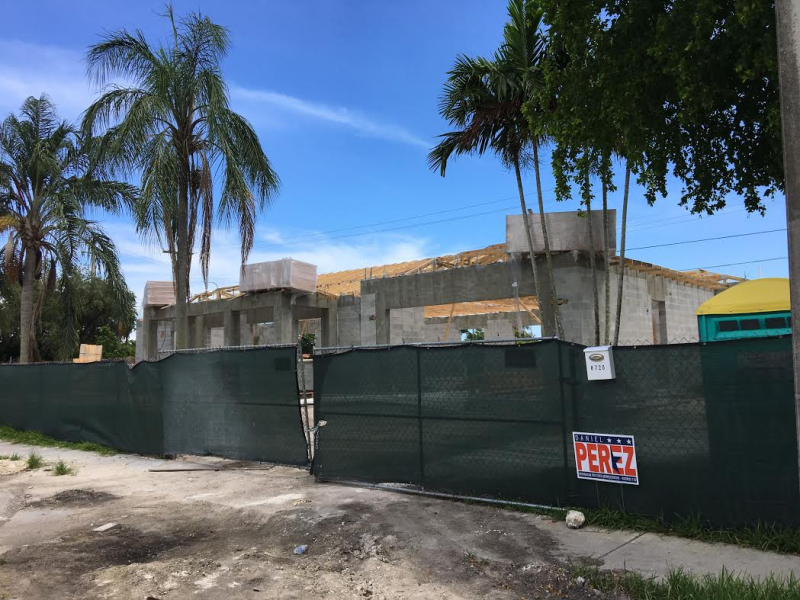 The Kendall home where a Miami Republican candidate for the Florida House says he lives is a shell of a house, with no roof and little more than walls under construction.

Daniel Perez lists the house on Southwest 84th Street in Kendallwood as his residence on his voter registration and all of his candidacy documents, and he gets a tax-break homestead exemption there. But he isn’t currently sleeping there.

Perez said Thursday that while the house is under construction, he has been living with father in an apartment elsewhere in the district. He refused to provide the address to verify if it's within House District 116 boundaries.

“I think this is borderline ridiculous,” he said of being asked about his residency. His parents own a house outside the district, public records show.

Florida requires legislators to live in the districts they represent by Election Day. For Perez, that'd be Sept. 26, if he defeats rival Jose Mallea in the July 25 primary. Perez said he's unsure if construction on his new home will be finished by Sept. 26.

He said he lived in the home he and his now-fiancée bought for $460,000 a year ago before the new construction began a couple of months ago. Perez switched his voter registration to the home last September, and hasn't changed it since.

Perez debuted a TV ad Wednesday attacking Mallea for not living in the district -- though Mallea says he moved into a Doral rental apartment within district boundaries on June 15.