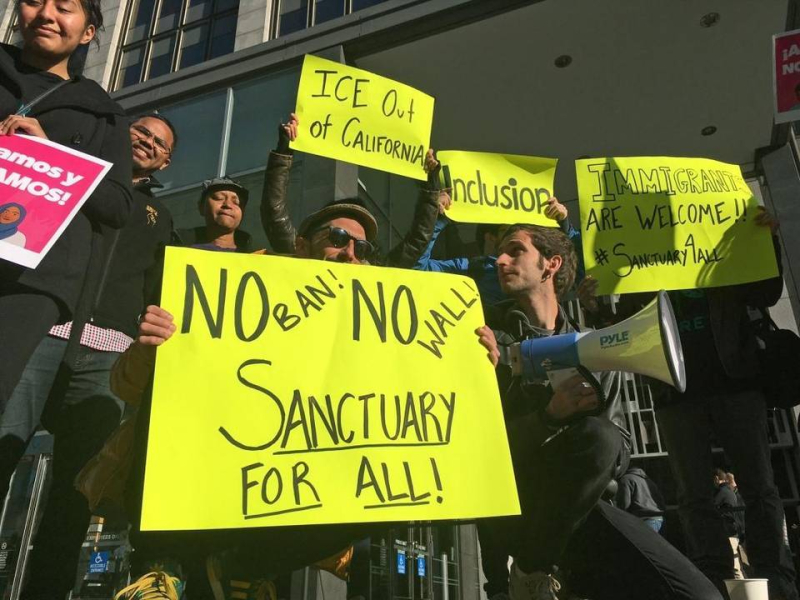 Donald Trump campaigned as a tough-on-immigration Republican who would roll back Obama-era protections for undocumented immigrants.

But he can’t count on Miami’s Republican delegation in the House to back him on every facet of his immigration agenda.

The three Republicans, Reps. Mario Diaz-Balart, Carlos Curbelo and Ileana Ros-Lehtinen voted against a bill on Thursday that would deny federal law-enforcement funds to cities that choose not to comply with the federal government’s effort to enforce tougher immigration laws.

“I think this one is frankly too broad,” Diaz-Balart said.

The bill passed the House by a vote of 228-195. The Miami trio were among just seven Republicans who voted against the bill, which passed largely on party lines.

But the three Republicans did vote for another bill on Thursday trumpeted by Trump and Texas Sen. Ted Cruz that would expand criminal penalties for undocumented immigrants who commit serious crimes. The bill, dubbed Kate’s Law, is named after Kate Steinle, a San Francisco woman murdered by an illegal immigrant who was in the U.S. despite multiple deportations.

“I think most people would agree, you’re here in this country illegally, you’re doing terrible things, you’re just a bad apple. Let’s get rid of you,” Ros-Lehtinen said. “We have so many good people who want to come. That’s totally different than the sanctuary cities issue where so many of those folks are good people. That makes no distinction between whether they are good people or criminals. But in Kate’s Law we’re talking about criminals who have done horrible things. I don’t care if they’re American or from Central America. You’re bad, you’ve got to be in jail and you should be deported.”