Ohio sued drug companies over the opioid crisis. Will Florida? 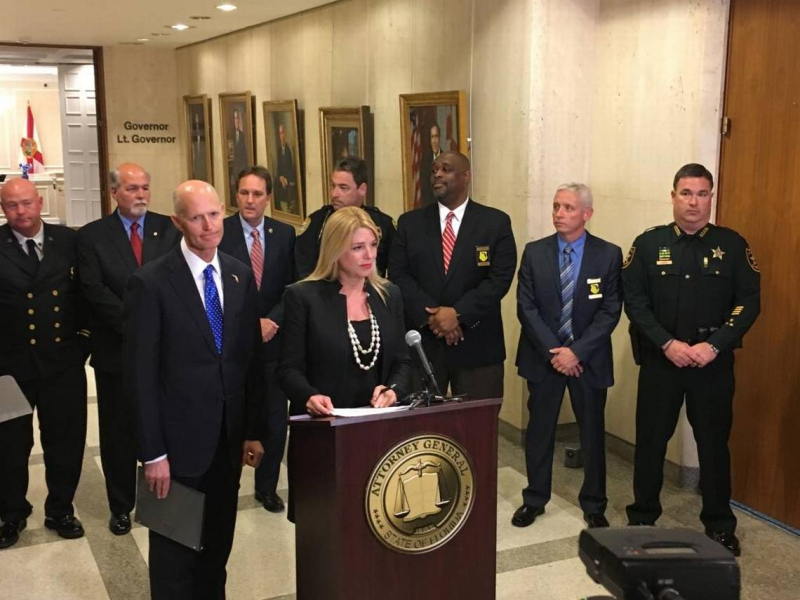 A large, Republican-controlled swing state is suing drug companies, claiming they played an outsized role in the opioid epidemic.

The lawsuit, filed last week by Ohio’s Republican Attorney General Mike DeWine, claims that several drug companies misled doctors and patients through their advertising, ignoring some of the dangers of addiction and overdose. It follows similar suits in Mississippi, West Virginia, New York, California and Illinois, according to the New York Times.

But in Florida, where opioids like heroin and fentanyl played a role in 3,896 deaths in 2015, officials have been far from up-front about whether they plan to litigate the opioid epidemic in a courtroom.

Attorney General Pam Bondi’s office was vague in response to questions from the Times/Herald last week.

“We can neither confirm nor deny any similar investigations at this time,” a spokeswoman, Kylie Mason, wrote in an email, responding to whether Bondi has considered taking similar action to Ohio or would support doing so.

Bondi, a member of President Donald Trump’s Opioid and Drug Abuse Commission, has been vocal on the subject of the opioid crisis. So has DeWine, though he is not on the commission.

Gov. Rick Scott’s office said in a statement that the governor’s staff has not reviewed Ohio’s lawsuit. This came several hours after the Times/Herald inquiry.

However, spokeswoman Kerri Wyland noted that the governor is “committed” to fighting the opioid crisis by working with other levels of government. In May, Scott declared a state of emergency over the epidemic after seeking solutions from local officials and public health experts, though years after it started claiming the lives of Floridians.

Ohio’s lawsuit includes some of the largest pharmaceutical companies in the country.