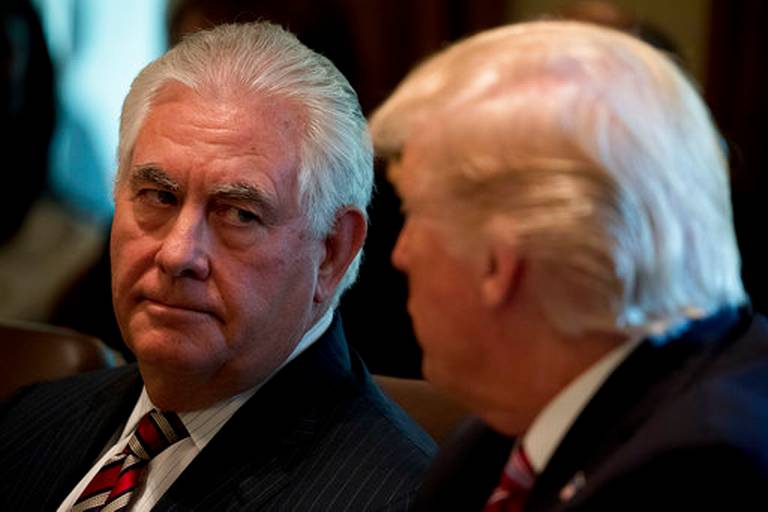 Secretary of State Rex Tillerson did not get into specifics when asked about President Donald Trump's Cuba announcement set for Friday in Miami as senators from both parties questioned Tillerson during a Senate Foreign Relations Committee hearing on Tuesday.

"Can you give us some of the general contours you see shaping up relative to what that policy is going to be?" asked committee chairman Bob Corker, a Tennessee Republican and Trump ally.

"The general approach...is to allow as much of this continued commercial and engagement activity go to on as possible," Tillerson said. "We do see the sunny side as I describe it, we do see the benefits of that and to the Cuban people. But on the other hand, we think we have achieved very little in terms of changing the behavior of the regime in Cuba and the treatment of its people. Our concern is that they may be the biggest beneficiaries of all of this which promotes the continuance of that regime."

Tillerson said that pressure on the Cuban government to implement democratic reforms "has been, in our view, largely removed now" after former President Barack Obama strengthened relations between the United States and Cuba in 2016.

"I was down there not long ago and America has always felt that if it could do more business with folks it would pave the way for democracy," Corker said. "I do hope we end up with a policy that will cause the Cuban people themselves to reach their aspirations."

New Mexico Democratic Sen. Tom Udall, a supporter of Obama's efforts, rattled off a host of business ventures now possible in Cuba after Obama's changes, including the introduction of Airbnb into the Cuban economy.

"Do you agree we should continue these efforts or do you believe we should return to the failed policies of the Cold War?" Udall asked.

Tillerson also said he supports efforts to improve internet access in Cuba, but hedged that the focus of the policy review is making sure the Cuban government does not financially benefit from increased U.S. involvement on the island.

In late May, 55 senators from both parties signed on to a bill that would fully eliminate travel restrictions to the island.

Cuban-American lawmakers Sen. Marco Rubio and Rep. Mario Díaz-Balart — who favor the elimination of what they see as concessions to the Cuban government — have been involved in the Cuba review in recent months.

Friday's announcement will reportedly take place at the Manuel Artime Theater, a former church that is symbolic for Cuban exiles.