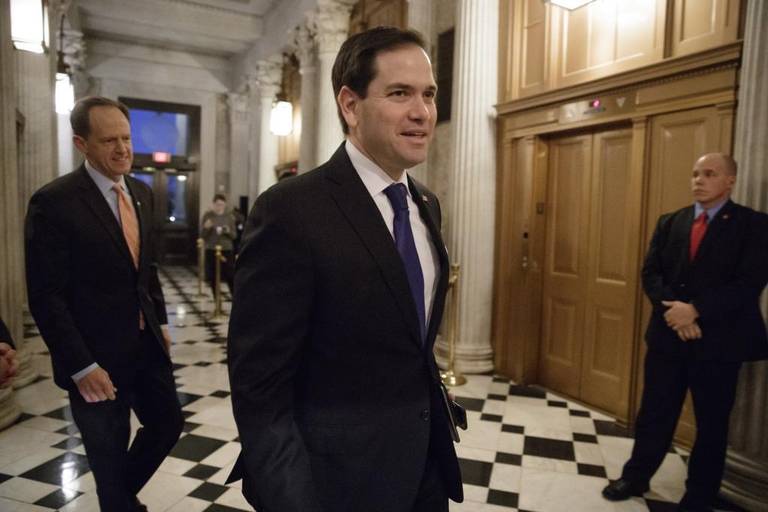 Rubio was asked by CNN anchor Jake Tapper on the Sunday morning show "State of the Union" about Trump's recent tweets calling the investigation a "witch-hunt."

"Some of your Senate colleagues, as you know, are concerned that President Trump is preparing to fire Mueller or Mueller and Rosenstein. How would you react if he did?" Tapper asked.

"Well, first of all, that's not going to happen," Rubio said. "I don't believe it's going to happen. The best thing that could happen for the president and the country is a full and credible investigation. I really, truly believe that. If we want to put all this behind us, let's find out what happened, let's put it out there, and let's not undermine the credibility of the investigation."

Rubio said he's confident that Trump's surprising decision to dismiss FBI Director James Comey has not impeded the Senate Intelligence Committee's investigation, and that he is confident Mueller will conduct a thorough and fair investigation.

Tapper also asked Rubio about the revamped Cuba policy which undos limits travel options for American citizens and bans U.S. business transactions with Cuban military apparatus, specifically highlighting the differences between Trump's desire for closer relations with China and Saudi Arabia while blasting the Cuban government as a violator of human rights.

Rubio countered that Cuba's human rights record is particularly important to U.S. interests because it's a close neighbor.

"I would say it's in our national security interests to have human rights and democracy in our region, because the absence of those two things leads to migratory pressure and instability," Rubio said. "Whether it's Haiti or Cuba or Mexico or Central America, so much of the migratory pressure on the United States is created by instability in the Western Hemisphere. And so there is a national security interest in our region in creating stability and democracy."