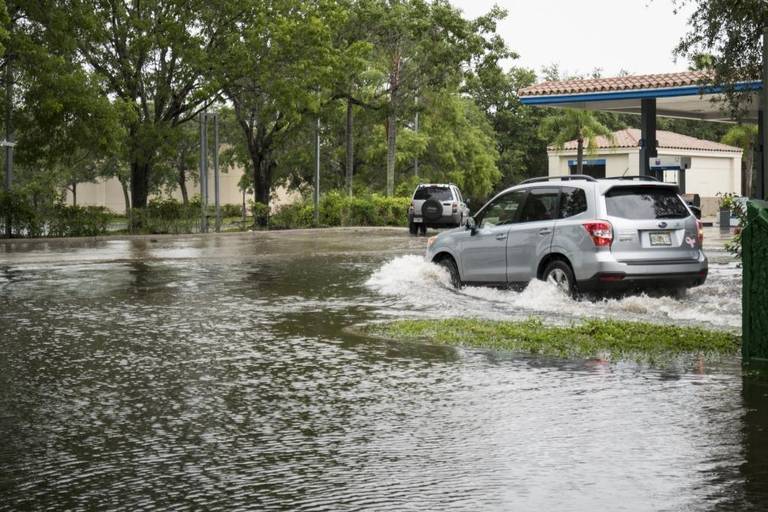 South Florida's torrential rains and stormy weather were bad enough to affect attendance at the Florida Legislature's special session nearly 500 miles away in Tallahassee, as some lawmakers found it challenging to make it here because of cancelled or delayed flights.

Hialeah Republican Sen. René García, for instance, had his flight from Miami delayed -- causing him to miss today entirely.

After their flight on Tuesday night was cancelled because of bad weather, Democratic Sens. Gary Farmer, of Lighthouse Point, and Perry Thurston, of Fort Lauderdale, jumped in a car and drove all night to make it Tallahassee.

They arrived in town at 5:15 this morning, they said. (Thurston said he did the bulk of the driving, joking that Farmer drove about 30 minutes of the 7- to 8-hour drive from Broward County.)

Some South Florida House members also had to find a workaround to get to the Capitol.

House budget chairman Carlos Trujillo, R-Miami, said Tuesday night a flight that was supposed to carry him and a couple other Dade lawmakers was cancelled -- which would force them to find an alternate flight or, if necessary, drive. They made it, though, arriving in time for when the House began session at 12:30 p.m.

Photo credit: A car tries to make its way through the flooded street to the gas station at Sawgrass Mills mall on Wednesday, June 7, 2017. Bryan Cereijo / Miami Herald