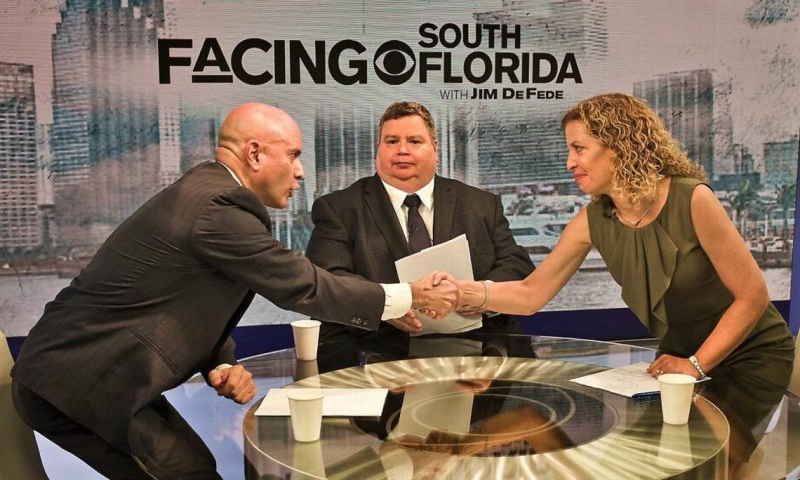 Tim Canova announced he will seek a rematch against U.S. Rep. Debbie Wasserman Schultz after decisively losing to her August, weeks after she hit a political low point after stepping down as chair of the Democratic National Committee.

“A year ago the eyes of the nation were on this race and the stakes were very high,” Canova said at a Broward Democratic progressive caucus meeting in Plantation Thursday night. “I say the stakes are still very high. We’ve got a president right now and a Congress, Republican dominated, that are pushing the most rabid inhumane radical type of agenda that I could have ever imagined.”

In 2016, Canova tapped into Bernie Sanders’ small donors and anger at the political establishment to raise about $3.8 million in the race for South Florida’s 23rd congressional district. A Nova Southeastern University law professor, Canova ran to the left of Wasserman Schultz by bashing her for taking money from corporate donors and big Sugar.

But Wasserman Schultz, first elected to Congress in 2004, drew support from Democratic heavyweights including President Barack Obama and focused on her long record supporting liberal causes such as abortion and gay rights. In August, she won by about 14 percentage points in the Broward/Miami-Dade district and then easily defeated Republican Joe Kaufman.

The question now is whether Canova’s prime opportunity to unseat Wasserman Schultz has passed.