Was Gardiner scholarship a pawn or a principle in passage of HB 7069? 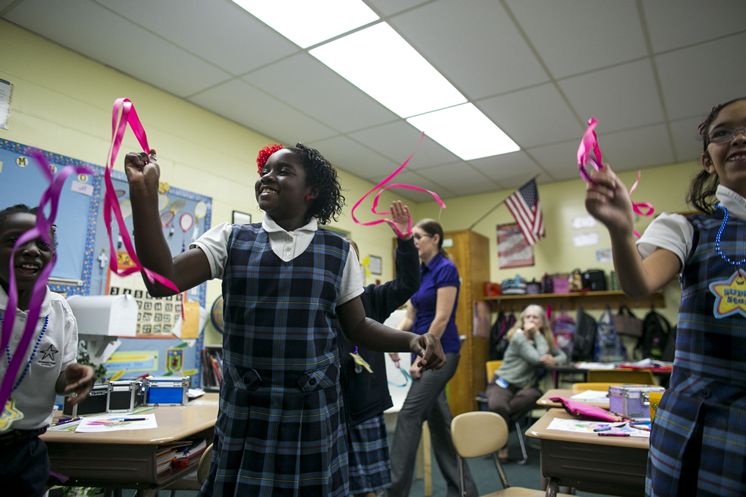 The setting chosen by Gov. Rick Scott and House Speaker Richard Corcoran to sign the controversial HB 7069 school reform bill today is a telling example of how it doesn't matter how you get there in Tallahassee if in the end you can claim credit.

The media advisory announcing the event highlighted the fact that the bill will be signed at 3:45 p.m., at "Morning Star Catholic School in Orlando, which serves many children who recieve the Gardiner Scholarship." (We assume the misspelling of "receive" was a mistake.)

HB 7069 allocates $30 million to expand the Gardiner Scholarship, a voucher program named after former Senate President Andy Gardiner that helps students with disabilities pay for alternative education options. The program provides tuition, therapy and other services to roughly 8,000 disabled students and has grown so quickly that organizers say they need more money to fill the need.

But while Corcoran and Rep. Manny Diaz, R-Hialeah, will be in attendance to take credit for including the program in the bill, expansion of the Gardiner Scholarship was not included in the House's original version of HB 7069 or in its original budget. The Senate did include $100 million in its budget for the program.

It was only during budget negotiations with the House did the House agree to finance the program -- but at the lower $30 million level -- and while they authorized the expansion in HB 15, House leaders wove the funding into the controversial HB 7069 and touted it as an essential component.

Opponents blasted the strategy as an attempt to use vulnerable children as "pawns" to gain support for the controversial legislation.

"Once again, the legislature is playing upon public sympathies by using the Gardiner scholarship as a pawn to ensure the controversial expansion of charter schools via the “Schools of Hope,'' wrote Suzette Lopez, the mother of a special needs child in Miami on the blog, Accountabaloney. "Legislators preyed upon the vulnerabilities of families and students with disabilities to provide support for questionable policy." She urged a veto of HB 7069.

By the end of session, Diaz had taken ownership of the idea to fund the scholarship program but only as part of the overall package of reforms included in HB 7069.