Who will miss the Legislature's special session? Several lawmakers. 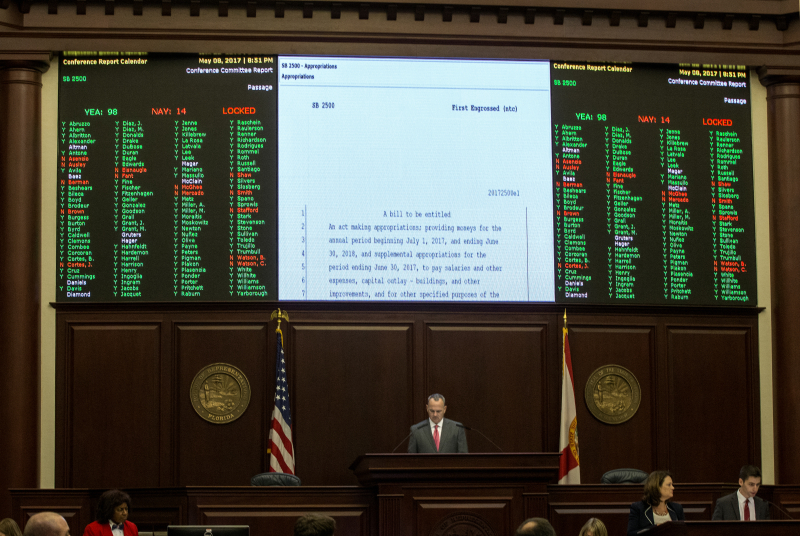 For reasons such as family travel plans, cancer treatment or events surrounding the one-year anniversary of the Pulse nightclub shooting, several lawmakers won’t be at the state Capitol this week when the Legislature reconvenes to resolve budget disputes.

At least one senator and 10 House members — most of whom are Republicans — had received excused absences, as of Tuesday afternoon, from the House speaker and Senate president to miss either all or some of the three-day special session that begins Wednesday.

Sen. Dorothy Hukill, a Republican from Central Florida, is the lone senator. After being diagnosed with cancer last year, she has been recovering from medical treatments for several months. (She also missed the entire regular session this spring and the Legislature’s organizational session after the general election in November.)

“My recovery from cancer treatment and surgery has progressed very well. Unfortunately, my physicians are recommending that I not travel in an abundance of caution following my recent follow-up treatments,” Hukill wrote in a letter to Senate President Joe Negron, R-Stuart, on Tuesday.

Meanwhile, seven Republicans and three Democrats in the House will also be absent for a variety of reasons, according to a list provided by the office of House Speaker Richard Corcoran, R-Land O’Lakes.