Will the Florida Legislature's special session end with compromise or more confusion? 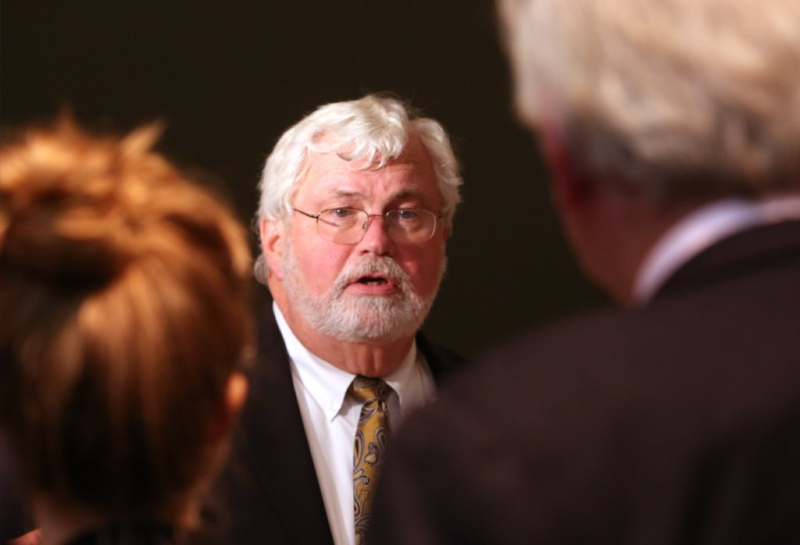 When lawmakers open a special session Wednesday afternoon, they’ll be under a tight, three-day time limit to increase education spending and create a new economic development program for the governor.

The deal was inked behind closed doors last week by Gov. Rick Scott, House Speaker Richard Corcoran and Senate President Joe Negron in an effort to settle disagreements over the state budget. But the framework is already starting to show cracks brought on by a rocky relationship between the chambers, tight deadlines to reach agreement and the spectre of a controversial education bill passed last month that hovers over their proceedings.

“What was discussed and referred to as a ‘deal’ was really just an outline,” said Sen. Bill Galvano, R-Bradenton, a close Negron ally. “The legislative process has to take place in a special session, just as it does in a regular session.”

Fail to reach agreement, particularly on education spending, and lawmakers could find themselves back in Tallahassee before month’s end.

The proclamation that Scott signed to bring the Legislature back this Wednesday through Friday at a likely cost of about $190,000 calls on them to do three things:

• Increase base spending for K-12 education. Lawmakers have promised to do so by $100 per student over the current year, whereas the budget they passed in May did so by just $24.

• Create a new economic development fund under Scott’s Department of Economic Opportunity, a replacement for the economic incentive work that has been done by Enterprise Florida in the past.

• Fund the state’s tourism marketing arm, Visit Florida, which they tried to gut earlier this year.

But a fourth issue that isn’t even on the agenda this week is playing an outsized role and threatens to derail the session: The sweeping education bill (HB 7069) that Corcoran championed, negotiated in private and passed in the final hours of the regular legislative session last month.

Among its effects, the 274-page bill would route more taxpayer dollars to charter schools and make it easier for them to expand in Florida, especially in areas served by traditional public schools that fail year after year.

Even after raising concerns about the bill, which would cost $419 million if signed into law, some senators voted for it to ensure a delicate budget agreement between the House and Senate succeeded.

Sen. Anitere Flores, R-Miami, acknowledged that some senators opposed to the bill may have voted for it thinking that Scott would veto it, though Flores said she was not one of them. Sen. Gary Farmer, D-Lighthouse Point, also said he has heard senators say they had been assured a veto.

The odds of changing HB 7069 this week are almost zero. Two-thirds of both the House and Senate would have to agree to do so.

But angst over the education bill could seep into other areas of the session, particularly in the Senate, where Republican lawmakers are less likely to fall in line with a deal agreed to by leadership and Democrats control 15 of 39 seats.

“Let’s put it this way,” said Senate Appropriations Chairman Jack Latvala, R-Clearwater, a close ally of Scott who has been critical of House pushback against the governor’s job incentives and of HB 7069. “I think we’ve made it clear that we’re putting the issues up for a vote in the Senate and we need (20) votes to pass it.”

Latvala plans to file his own economic development bill — a competing proposal to language the House filed. That gives lawmakers just three days to iron out the differences.

Can they do it?

Members of the House are more optimistic that the session will be smooth sailing.

"I think both chambers have worked well together to this point and I think we'll continue to work well this week,” Corcoran said.

Rep. Clay Ingram, R-Pensacola, says the time away from Tallahassee has hopefully calmed the rancor between the chambers.

“My hope is that maybe there's less politics now that everything has been refined to a few points of contention,” said Ingram, a Corcoran ally, who said of the brokered compromise between the speaker and governor: “It seems like a win for everybody.”

Democrats, meanwhile continue to bemoan being left out of negotiations, particularly in the House. Rep. Jared Moskowitz, D-Coral Springs, who first heard about the special session via Twitter, said he still isn’t sure about the details of proposals lawmakers will be asked to approve.

“We were not included, not involved, not counseled,” he said.