With the governor's signature of HB 7069 expected, is a legal challenge coming? 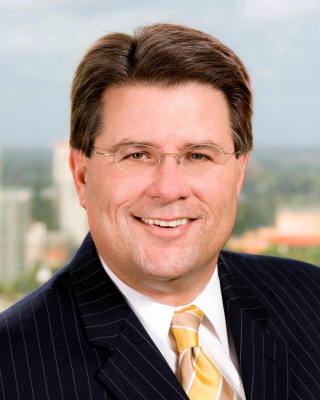 With Gov. Rick Scott expected to sign the controversial charter-school friendly bill -- that incited a groundswell of criticism -- at a press conference somewhere in Orlando on Thursday, opponents are mounting a last minute effort to lay the groundwork for a legal challenge or legislative retooling of HB 7069.

In a letter to the governor on Tuesday, Sen. Gary Farmer, a freshman Democrat from Lighthouse Point, urged the governor to veto the bill because it would "dramatically reduce the ability of school districts across the state to devote resources towards improving our public education" as well as allowing private management companies to profit off taxpayer dollars, and local communities to be cut out of zoning decisions relating to schools.  Download SenatorFarmerLetterRe7069

But Farmer, a lawyer, also outlined his case -- for why he believes it could be challenged on the grounds that it passed illegally -- and in violation of the Senate rules and may be ripe for a legal challenge.

"I do intend to look into it,'' Farmer told the Herald/Times. "Process is supposed to matter. There are supposed to be boundaries and limitations so everybody is on equal footing. When we don't follow the rules, it erodes and denigrates the process."

For example, he said, HB 7069 morphed from a six-page bill "which dealt entirely with the Best and Brightest Scholarship Program" to a 278-page amendment" that included provisions that were the subject of 55 other bills "the vast majority of which either had been voted down in committee or had stalled."

In a lengthy point of order on the Senate floor on May 8, Farmer noted that the conference committee on May 5, the last scheduled day of session, between House Speaker Richard Corcoran and Senate President Joe Negron settled up the final budget package but the final wording of HB 7069 was rolled out two hours after they had met at the conference. At that meeting, Corcoran and Negron did not take a vote on the final budget agreement, except to announce that the agreement was made.

Although most of the bills’ provisions had been discussed at least conceptually by one of the chambers, not all of them had. The concept of the “Schools of Hope” was only discussed for only 90 minutes in the Senate prior to the final passage.

A Herald/Times analysis of HB 7069 also found that HB 7069 not only included language from 55 bills but also from bills never before discussed or considered publicly and — in one case — a bill that was defeated by a Senate committee.

House Pre-K-12 Appropriations Chairman Manny Diaz Jr., R-Hialeah, acknowledged the language was new but defended it. “That’s new, granted,'' he told reporters on May 5. "But it’s within the context of teacher bonuses”  as part of the “Best & Brightest” program.