Bill Nelson on Obamacare repeal: It's on the ropes, 'the message has gotten through' 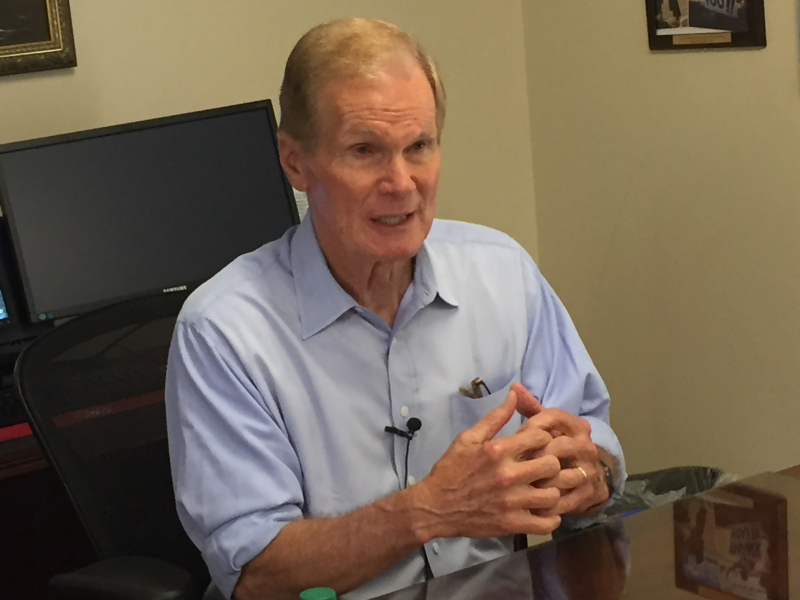 U.S. Sen. Bill Nelson was approaching the dugout at Tropicana Field to throw out the first pitch at the Tampa Bay Rays game against the Red Sox on July 7, when a woman shouted his name.

"She came down the aisle to tell me: Please don't let them take my health care away," Nelson recalled. "I hear that all the time. People come up to me on the airplane, street corners, public buildings, ballgames -- where ever I am. Some people have told me 'I would be dead without my healthcare.'''

Because of that, Nelson said, he predicts that the revised Senate healthcare bill, which was released on Thursday, is all but dead and repeal of Obamacare is on the ropes.

"I think the message has gotten through,'' Nelson said Friday after a series of constituent meetings at his Tallahassee office. "I think it's going to be hard for them."

Even Gov. Rick Scott, a long-time advocate of repealing Obamacare, said in an op-ed released Friday that smaller changes should be on the table even though he still says "Obamacare must be repealed immediately."

"D.C. politicians have focused only on the grand bargain of repealing and replacing Obamacare, ignoring the opportunity to make incremental changes to get rid of the taxes and mandates and roll back the federal welfare state,'' Scott wrote.

Nelson believes that Florida has put itself in a bind by refusing to expand Medicaid to 138 percent of poverty, which he says is about $45,000 for a family of four.

"Now the states like Florida are saying we want you to make us equal with all 31 states that have expanded Medicaid, including states that have Republican governors,'' he said. "This is not only the irony but the travesty of the situation."

Under Obamacare, Florida could have drawn $5 billion a year in federal funds and would have had to match a maximum of $500 million a year to cover an estimated 800,000 uninsured, he said.

Instead, Florida has persuaded the Trump administration to expand the Low Income Pool program and reimburse hospitals and health care about $1 billion over the next two years  to compensate for the care for the uninsured. But to get that money, local governments must pay a 40 percent match for 60 percent of the federal funds.

"They are paying more for it out of the pockets of the taxpayers of Florida and now when the health care bill revision is up, they say they want extra compensation so that the state's that expanded Medicaid don't get ahead of us. It's backwards."