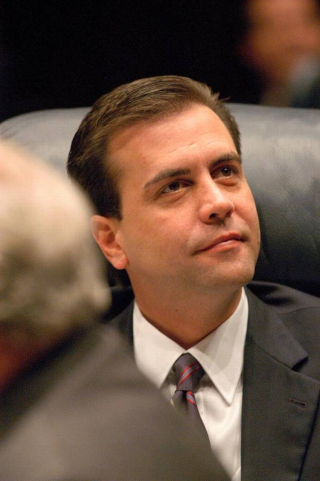 A former Miami lawmaker hoping to return to the state Senate this summer was arrested in Boston nearly five years ago after police say he and a guest ignored orders by hotel security to stop smoking cigarettes in their room and then became “belligerent” when told to pack their bags and leave.

Alex Diaz de la Portilla was charged with trespassing and taken into police custody, according to an incident report and booking form obtained by the Miami Herald. Police also arrested Tania G. Cruz, the daughter-in-law of Miami-Dade Mayor Carlos Gimenez, on the same charge.

The Oct. 19, 2012, misdemeanor cases were dismissed prior to arraignment at the request of the Suffolk County District Attorney’s office, according to the Central Division of the Boston Municipal Court. Diaz de la Portilla brushes the incident aside as a non-event.

But the police description of the previously unreported incident is unflattering. And the details are coming to light just days ahead of a July 25 Republican primary election to decide whether Diaz de la Portilla, State Rep. Jose Felix Diaz or attorney Lorenzo Palomares will represent the party in the race to replace former Sen. Frank Artiles in serving District 40.