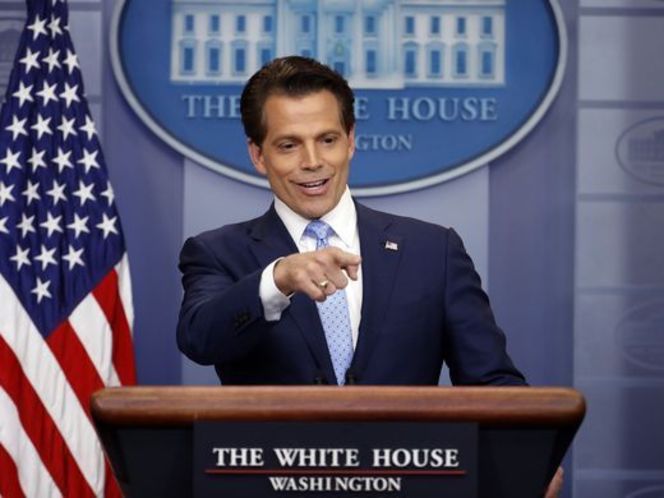 "Jeb has the forward-looking vision and executive experience to lead our country and ensure our economy grows at its full potential,” Scaramucci said in September 2015 after joining Bush’s national finance commiteee. He had initially been with Scott Walker.

“As governor of Florida Jeb turned words into action and brought real reform to the state, creating an environment for job growth and economic prosperity, I know he will do the same as president,” Scaramucci said in a news release from Bush’s campaign.

Bush was eager to show strength — and not scare off donors — as his poll numbers were weakening. “Anthony’s decision to join our organization is evidence of Jeb’s appeal as the executive with the most conservative, results-oriented record in this entire race,” Jack Oliver, Bush’s national finance co-chairman said.

Bush’s prospects never turned around and Trump overtook the Republican primary field. Scaramucci, the hedge fund manager and TV commentator known as the Mooch, eventually turned to Trump, whom he had criticized as a “hack” and other things in the past (he’s been deleting negative tweets).

He steps into the White House at a critical time.

“Anthony is a real talent,” Bush told the Tampa Bay Times in an email on Monday. “He is quick, smart and a whole lot of fun. I think he will help the president.”

Bush crossed paths with Scaramucci in May, when the former governor attended Scaramucci’s SkyBridge Alternatives Conference in Las Vegas. Trump naturally came up and Bush offered some advice: Stop tweeting.

“When he tweets he also gives our enemies all sorts of nuances and insights,” Bush said. “These things matter. We are living in a dangerous world. He is the leader of the free world. There are lots of reasons that you don't want to send out signals to our adversaries.”

The TV 📺🎥Cameras are back on.