Carlos Curbelo wanted to repeal Obamacare. Now he wants to work with Democrats. 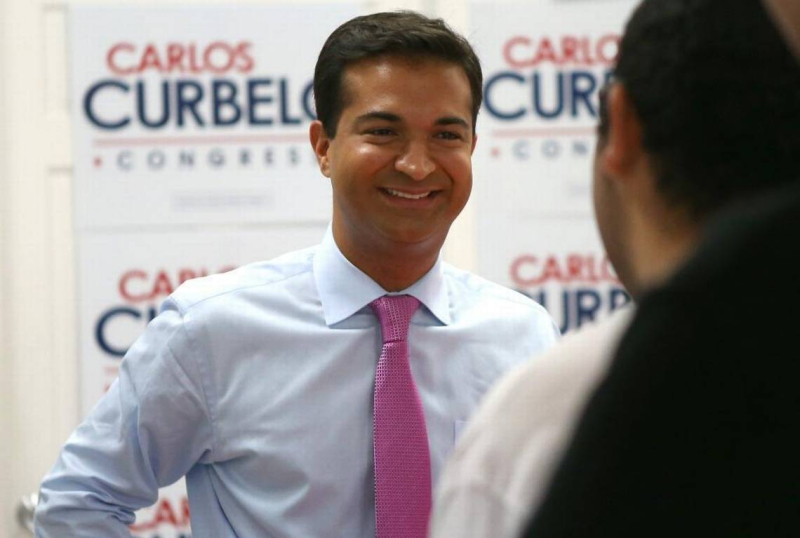 Last week, Carlos Curbelo ventured across the Capitol to see his hero, Arizona Sen. John McCain, speak about the need for compromise in Congress.

The moderate from Miami listened intently as the maverick from Arizona. who was recently diagnosed with brain cancer, chided colleagues from both parties on the Senate floor about the dangers of naked partisanship.

“Just had the special privilege of being in the Senate Chamber to welcome John McCain back to D.C.,” Curbelo tweeted. “He's a national hero & one of my heroes.”

But less than 72 hours later, McCain cast the crucial vote against a narrowly tailored Obamacare repeal bill — a vote that will likely give headaches to moderate House Republicans like Curbelo ahead of the 2018 elections.

Curbelo and others like him took a politically tough House vote in May to replace Obamacare. But that bill is now dead. The political ads are yet to come.

In the wake of the legislative failure, Curbelo, whose Miami-to-Key West district is the most Democratic-leaning in the country currently held by a Republican, is now talking bipartisanship.

“It's critical to our democracy for Members of Congress to put politics aside and come together to find solutions to the issues affecting our constituents,” Curbelo, who declined an interview request, said in a statement. “Our healthcare system needs reform and I've been committed to working with colleagues on both sides of the aisle to find market-based solutions that would result in increased coverage and lower costs.”

Curbelo is part of the Problem Solvers Caucus, a group of 43 House Republicans and Democrats who released a bipartisan health care plan on Monday.

Among other things, the plan calls for creating a stability fund that states can use to reduce health insurance premiums, requiring that businesses with more than 500 employees provide health insurance — instead of the current 50 employees — repealing the medical device tax and providing guidelines for states that want flexibility in the existing exchanges.

But hours before McCain’s vote, Curbelo said he was ready to proceed with the repeal of Obamacare if the Senate passed it.

Most Republican senators did not support the so-called “skinny repeal.” They viewed it as a way to start negotiations between House and Senate leaders to come up with a better plan.

Curbelo was unconvinced that any more negotiations among Republicans would work, and was ready to vote for a scaled-down repeal of Obamacare that pleased few within the GOP.

Though Curbelo doesn’t have any legislative victories to show for his Obamacare vote, the Republican Party is ready to support a potentially vulnerable incumbent who voted in favor of one of the party’s biggest priorities.

“For Curbelo’s part, he has always been consistent in his messaging for healthcare,” said National Republican Campaign Committee spokeswoman Maddie Anderson. “His vote in the House was a way to keep the debate and the conversation going forward. He was aware that he thought it needed work.”

Obamacare figures to be a huge campaign issue in 2018 for Curbelo and whoever challenges him for his seat, as 92,500 people in his district are enrolled in Obamacare, the second-highest figure for any congressional district in the country, according to the Kaiser Family Foundation.