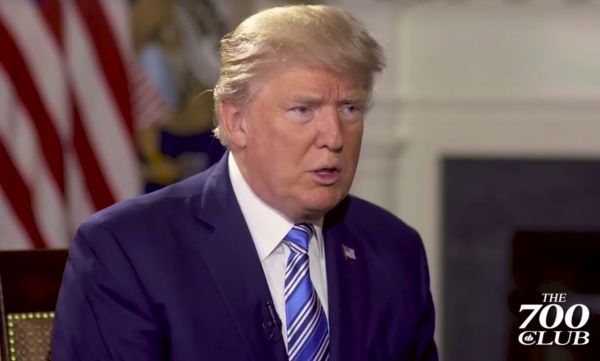 President Donald Trump talked about his first face-to-face meeting with Russian President Vladimir Putin in an interview with the Christian Broadcasting Network’s Pat Robertson on The 700 Club.

Trump said that the two nuclear superpowers need to have a good relationship, but that Russia and United States will not always agree.

"We are the most powerful country in the world and we are getting more and more powerful because I'm a big military person. As an example, if Hillary had won, our military would be decimated. Our energy would be much more expensive. That's what Putin doesn't like about me. And that's why I say, why would he want me? Because from day one I wanted a strong military. He doesn't want to see that," Trump told Robertson in the 30-minute interview that aired July 13.

Trump boasted about his progress on promises including his effort to reduce regulations, pulling out of the Paris climate agreement and his eagerness for senators to give him legislation to repeal the Affordable Care Act and replace it.