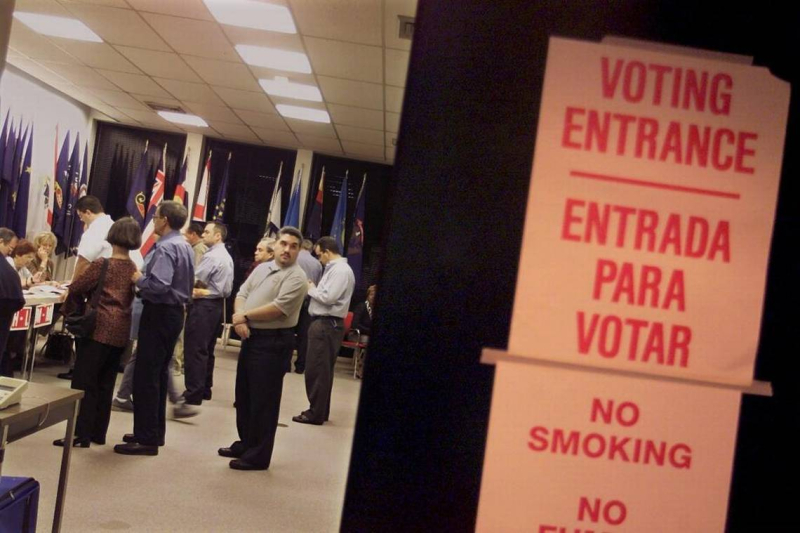 The Florida Democratic Party and Democratic politicians have urged Florida Secretary of State Ken Detzner to not comply with a request for voter data from President Donald Trump's voter fraud commission.

It's unlikely that Detzner -- an appointee of Trump ally Gov. Rick Scott -- will pay much attention to the growing list of pleas from Democrats to decline the commission's request for a long list of voter roll data.

The Presidential Advisory Commission for Voter Integrity sent a June 28 letter to the Florida Division of Elections asking officials to hand over voter data by July 14. The commission, which is led by Vice President Mike Pence and Kansas Secretary of State Kris Kobach, wants voters' names, registration status, political party affiliation, voting history, social security numbers and other information "if publicly available under the laws of your state."

Detzner's spokeswoman has said that he is reviewing the request while Scott's office deferred comment to Detzner's office. The newly formed Miami-Dade Democratic Lawyers Council plans to file a challenge to the request.

"We remind you that complying with this request may put voters at risk of identity theft, encroach federal rights to privacy, and violate the Federal Voting Rights Act in addition to the Florida Constitution," states the letter co-signed by Senate leader Oscar Braynon, Senate Leader-designate Jeff Clemens, House leader Janet Cruz and House Leader-Designate Kionne McGhee.

Additionally, the Florida Senate Democratic Caucus sent a letter to Detzner calling the commission's request an "invasion of privacy and federal overreach."

"It also begs the question of why this data is being sought in the first place, and whether voter suppression may be the ultimate goal," the caucus wrote.

All three of the Democratic candidates for governor -- Tallahassee Mayor Andrew Gillum, former U.S. Rep. Gwen Graham and Orlando businessman Chris King -- have urged Detzner not to comply with the commission's request.

Gillum filed a Freedom of Information Act request asking Detzner to provide any evidence of voter fraud in the 2016 election.

“Floridians deserve truth and confidence in the electoral process, so my demand is simple - if there’s widespread voter fraud, then prove it by releasing evidence of it. If there’s none, then it is time that Florida stands up against the Trump Administration and this dangerous and unfounded lie.”

Graham sent a letter to Detzner and Scott calling the commission a "sham" and urging them to take steps to make it easier to vote including adding voting on college campuses, expanding early voting, automatic registration, and restoration of civil rights for felons who have served their sentences.

King wrote in a press release: "This request is nothing more than the latest attack on democracy by noted voter suppression advocate, Kris Kobach. We should be in the business of expanding access to voting, not suppressing it."

Several Democratic members of Congress in Florida wrote a letter calling the commission's request "outrageous" and recalled past flawed efforts to purge voters from the rolls.

"It is our sincere hope that you have learned from your prior attempts to find voter fraud where none existed in Florida and choose this time to respect the privacy rights of Florida voters," states the letter signed by Charlie Crist, Kathy Castor, Ted Deutch, Lois Frankel, Alcee Hastings, Al Lawson and Debbie Wasserman Schultz.

This post has been updated to include comments from additional politicians.