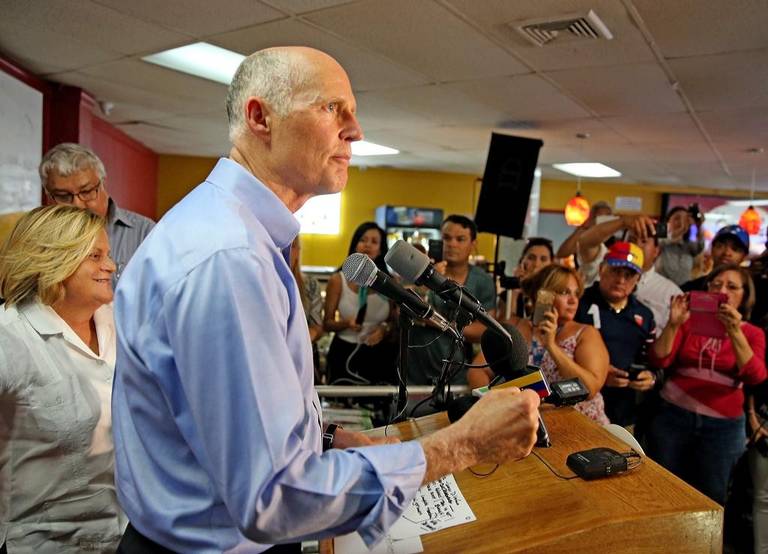 Gov. Rick Scott, appearing in Doral on Monday at a rally against the government of Venezuela, said he plans to move ahead with a proposal that would ban any organization that does business with the Nicolás Maduro regime from doing business with the state of Florida.

The governor did not explain how such a ban would work or what companies it would affect. His press office said they could not release specifics about the proposal.

Over the past two weeks, Scott has repeatedly said he is pushing for the Florida Retirement System Pension Plan to keep finance companies that do business in Venezuela from managing state funds, in hopes this will choke the flow of money to Maduro’s regime. The governor said he will ask the Florida State Board of Administration, which oversees the pension system, to vote in favor of the proposal during the Aug. 16 Cabinet meeting.

“This cannot keep going on, we will no longer stand idly by and allow business in the U.S. to fund Maduro’s regime anymore,” Scott told a crowd of hundreds of people, some of whom were waving Venezuelan flags and banners, outside El Arepazo restaurant in Doral.

State Sen. Jose Javier Rodriguez, D-Miami, praised Scott for the proposal. Rodriguez said last week that he will file legislation next session calling for the state to divest any of its investments in all companies that are helping finance the Maduro regime.