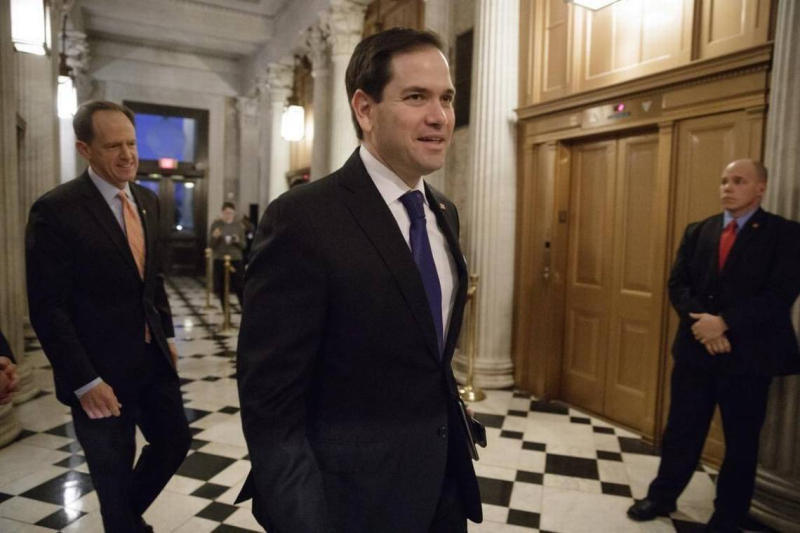 Sen. Marco Rubio is facing heat throughout Florida over a Senate proposal to repeal Obamacare.

A slew of liberal groups are organizing protests at Rubio offices across the state, including his South Florida office in Doral. The protest begins at 2pm Thursday.

"Republicans are trying to pass their terrible health care bill, which is estimated to cost twenty-two MILLION Americans their health insurance," the protest's Facebook page reads. "Let's show Office of US Senator Marco Rubio that the constituents of Florida know health care is a fundamental human RIGHT, not a privilege."

"We’re frustrated with the health care bill," said Kira Willig, a leader with the Our Revolution affiliated People's Progressive Caucus of Miami-Dade. "It’s not a health care bill it’s a tax bill."

Rubio is noncommittal over the current proposal in the Senate that's been panned by both moderates and conservatives, although he is committed to repealing Obamacare.

“I ran for election and reelection as an opponent of Obamacare,” Rubio said last week. “I don’t think I’ve ever misled people about my views on it. I’m in favor of repealing it, we’re just debating how to do it.”

Rubio won't be at any of his offices this afternoon. He's scheduled to meet Vice President Mike Pence at Kennedy Space Center in Cape Canaveral along with Sen. Bill Nelson.