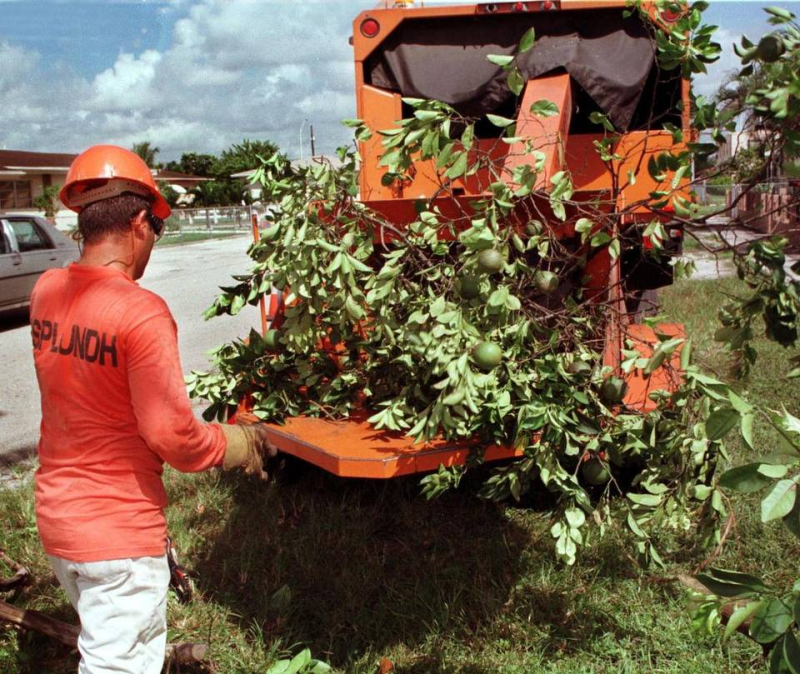 Homeowners in Broward and Lee counties who lost their citrus trees to canker were told by Florida's highest court Thursday that because of the governor's veto, they'll have to go back to court to get the money.

The 6-1 ruling by the Florida Supreme Court continues the legal limbo that has trapped homeowners for the last decade as they try to get redress after the state destroyed their healthy citrus trees as part of its ailed Citrus Canker Eradication Program between 2000 and 2006.

But Gov. Rick Scott vetoed the $37.3 million, ignoring the order by the court that the state pay the money on the grounds that destroying the trees without adequate compensation was an unconstitutional “taking” and instead argued that the veto was warranted “because of ongoing litigation.”

Outraged property owners representing counties with 94 percent of the lost trees joined five class-action lawsuits to seek compensation. In four of the cases, the court has ordered the state to pay more than $100 million in judgments, attorneys fees and interest. One one case, involving Miami-Dade residents who lost 40 percent of the healthy trees removed in Florida, is still pending. The bench trial in that case ended in June 2016, but the judge has not ruled.

Homeowners petitioned the court last month to invalidate Scott's veto but the court rejected their request, saying the better approach is to return to the lower courts to compel the state to pay.

"We hereby dismiss this petition without prejudice to seek redress in the pending circuit court actions,'' the majority wrote, adding that: "Nothing about the start of the new fiscal year prevents the respective circuit courts from issuing the relief requested, if those courts determine that relief is commanded by the facts and law."

However, Justice Barbara Pariente, who concurred with the majority that the high court could not invalidate a veto, wrote a separate opinion with a scathing criticism of the governor.

"Adding further insult to injury, the Governor’s veto was based on misinformation that the litigation in these cases was still ongoing when that was not the case,'' she wrote. "...These petitioners have the right to full compensation. The time has come for the State to pay up." Justice Peggy Quince concurred.

Justice R. Fred Lewis was the lone dissent on the court. He also blasted Scott for failing to understand the Florida Constitution, but also accused his partners on the court of abdicating their responsibility by elevating the governor's veto over the constitutional right for compensation when the state takes property.

"This is a sad day for Florida citizens with a majority and concurring opinion that refuse to protect the right of compensation for the massive government taking of property from Florida citizens,'' Lewis wrote. "The right to own private property and the corresponding right to receive full and complete compensation when private property is taken by a government is a foundational cornerstone of this democracy."

He criticized the court's majority and Pariente's opinion for using "artful and eloquent words...to give an illusion of protecting a sacred constitutional right then to only crush that right by refusing to require payment of that compensation."

He said the governor's argument in support of a veto was "misdirected" and failed to understand both the separation of powers and the constitution.

"This is not a game and our citizens should not be toyed with as if a yo-yo, and yet that is exactly what this veto accomplishes,'' Lewis wrote. "Now, with the opportunity to stop this ten-year game of yo-yo, this Court abdicates its responsibility when it allows state actors to disregard their constitutional obligation by playing further games of delay and obfuscation. Justice demands that it stop now."

Lewis also lampooned the governor, a lawyer, and his understanding of the law.

"The Executive’s response oozes executive power in what he terms his unfettered veto. However, the Executive forgets or has failed to read the first lines of the Florida Constitution: 'All political power is inherent in the people. The enunciation herein of certain rights shall not be construed to deny or impair others retained by the people.'

"...We simply cannot allow another ten years to go by for the Executive to continue playing games of hide the money through a veto power and word games in the courts,'' Lewis concluded. "Furthermore, every day that goes by, the State owes more and more in postjudgment interest for a judgment that has long been final."

Scott spokesperson John Tupps said it is  “unfortunate what happened to these Floridians over a decade ago and Gov. Scott sincerely understands their concern." But he said the governor stands by the veto and is "hopeful that all litigation regarding this issue will be completely resolved, allowing the issue to be addressed comprehensively across the state.”

During the citrus eradication program, state agriculture inspectors deployed crews with chain saws to chop down 577,253 orange, grapefruit and key lime trees throughout the state — even if the trees showed no signs of infection.

Lawmakers added the money to the budget for only two of the four counties in which judgments have been rendered. They did not include money for homeowners in Orange and Palm Beach counties.